New Zealand Cricket today has named a 15-man squad to take part in next month’s ICC World T20 2012 which would also be the same to play 2 T20Is in India. Former Skipper Daniel Vettori, who was omitted from the Test Squad following a groin injury, has been included in the T20 Squad.

New Zealand Cricket today has named a 15-man squad to take part in next month’s ICC World T20 2012 which would also be the same to play 2 T20Is in India. Former Skipper Daniel Vettori, who was omitted from the Test Squad following a groin injury, has been included in the T20 Squad. Another inclusion from the Kiwis is that of the exciting young fast bowler Adam Milne, who played a couple of T20Is in 2010 before breaking down with an injury.

Three players - Andrew Ellis, Tom Latham and Dean Brownlie, who were part of the New Zealand T20 Squad for the West Indies tour have been dropped. New Zealand are placed in Group D of the ICC World Twenty20 2012 along with Pakistan and Bangladesh. 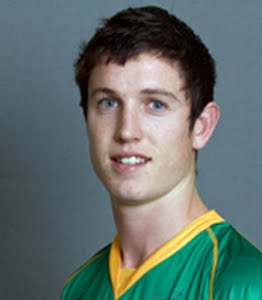 Commenting on the Squad that has been announced today, National Selection Manager, Kim Littlejohn has been quoted on the NZ Cricket website saying: “The squad has a good balance for Twenty20 cricket with explosive batmen and a good mix of pace and spin bowlers.

“If they play to their ability they will be a very exciting and extremely competitive team in India and at the ICC World Twenty20.

“Adam Milne has impressed during his time with the winter development squad and his extra pace offers something a little different. We are confident he will have an impact in international cricket and will seize this opportunity.

“We are thrilled to have Daniel Vettori back in the fold. He brings a huge amount of experience and knowledge of conditions in the sub-continent.

“The squad also welcomes back James Franklin, who has been playing for Twenty20 cricket for Essex in the county competition.

“Andrew Ellis, Tom Latham and Dean Brownlie are the players who were part of the Twenty20 squad in the West Indies tour to have missed out on selection this time. They are all quality cricketers and we are sure they will put a lot of pressure on us to pick them in the future.”