This tournament will feature a team from Pakistan for the first time. Pakistan's participation had not been considered for past seasons of the tournament due to the hostility between India and Pakistan since the 2008 Mumbai attacks. 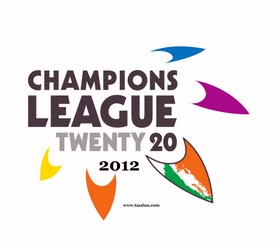 The venues are: Cape Town, Johannesburg, Centurion and Durban.

The Group Stage will comprise 10 teams divided into two groups. Each group have five teams. Each side will play the other four in their group with the top two teams qualifying for the semi-finals.

Kolkata Knight Riders will play with Delhi Daredevils in CLT20 2012 1st match and the final of the Champions League Twenty20 will be played on October 28 at the Wanderers, Johannesburg.