Former Sri Lanka captain and 1996 World Cup-winning batsman Aravinda De Silva has been investigated over the 2011 World Cup fixing allegations. Along with De Silva, former opener Upul Tharanga, who played in the final, has also been questioned.

Former Sports Minister Mahindananda Aluthgamage made a shocking allegation, when he claimed that Sri Lanka's loss to India in the 2011 World Cup was fixed by 'certain parties'.

De Silva, the man of the match in the 1996 World Cup final and the chairman of selectors during the 2011 World Cup, was questioned by the Sri Lankan police for over six hours. Tharanga appeared before the Special Investigation Unit, according to a report in newsfirst.lk. 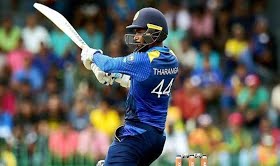 Tharanga opened the innings in the final, and crawled his way to 2 off 20 balls before being sent back by Zaheer Khan. De Silva was interviewed by the anti-corruption unit (sports). Superintendent Jagath Fonseka confirmed to reporters, "Today we started the investigation into match-fixing allegations."

Last month, Aluthgamage alleged that the World Cup 2011 final may have been fixed. However, later, he stated that he just had a suspicion.

Both Kumar Sangakkara, who captained Sri Lanka in the final as well as Mahela Jayawardene, who caressed a century in the match, have dismissed the allegations made by Aluthgamage.

Aluthgamage's statement was recorded by the cops last week. Jayawardene and Sangakkara too are likely to appear before the investigating agencies soon.