A few questions for Sandeep Patil and co

The Sandeep Patil-led selection committee chose its first national Test squad, for the first two Tests against England, on Monday. And while the expected decisions of recalling Yuvraj Singh and dropping the other struggling left-hander Suresh Raina were taken...

The Sandeep Patil-led selection committee chose its first national Test squad, for the first two Tests against England, on Monday. And while the expected decisions of recalling Yuvraj Singh and dropping the other struggling left-hander Suresh Raina were taken, there were some unexpected selections made as well. Here are a few questions we would like to pose before Mr. Patil and co.

Why has Rahane been chosen as a middle-order batsman? 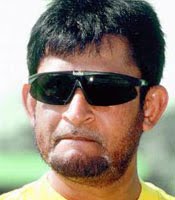 The Indian selectors’ explanation that Ajinkya Rahane has been chosen as a middle-order batsman is rather baffling. Rahane is yet to begin his Test career, but is already being asked to sacrifice his opening position. Why couldn’t the selectors just proclaim that Rahane would move over to the top of the order in case the struggles of Gautam Gambhir and Virender Sehwag continue? It is pretty clear that the Delhi duo is not at its best, and having a reverse opener waiting to pounce on an opportunity could be just what the lethargic duo needed to inspire themselves. Also, we have all seen the fate of reserve openers in the past. The case of VVS Laxman is a classic one in every sense. He had a torrid time at the top of the order, and only found his bearings in the middle-order.

What’s the logic behind including Murali Vijay?

Even as Rahane was included as a middle-order batsman, Murali Vijay continues to maintain his place as the reserve opener in spite of his ordinary returns in the games he has played so far. Both in Tests and ODIs, the Tamil Nadu player has failed to perform, and is nothing more than an IPL specialist. Just look at his international record – 609 runs in 12 Tests averaging just over 30, with one hundred and two fifties, and 169 runs in 11 ODIs at a miserable average of 17.81. Given the circumstances, isn’t Rahane a better choice as the reserve opener? At least, he should be given a fair opportunity to prove his worth.

On what basis was Harbhajan recalled?

While Yuvraj’s recall is a deserved one considering he has proved his form and fitness in domestic cricket, the same cannot be said about Harbhajan Singh. The off spinner did come up with a wonderful spell of 4 for 12 in the World T20 clash against England. However, that one performance shouldn’t be enough to conclude that the ‘turbanator’ has returned to his best. Harbhajan’s performance in the domestic game, in which he went wicket-less was far from encouraging, and was a clear indication of the fact that the experienced spinner’s zing is missing. He has got the experience no doubt, but on current from Ravichandran Ashwin and Pragyan Ojha are definitely better choices.