The only reason why I am interested in the CLT20

It has been only days since West Indies clinched the World T20 style Gangnam style, but the cricketers are all set to take part in another T20 event

It has been only days since West Indies clinched the World T20 style Gangnam style, but the cricketers are all set to take part in another T20 event, this time the Champions League T20. The timing of the event is rather incomprehensible, just like it was when the IPL was held days after India lifted the World Cup last year. Don’t the cricketers need a break? If they don’t at least the fans do, how much of cricket can they watch at a stretch? There is a limit to everything.

In an ironic sense, the only reason why this reader is interested in the CLT20 is to find out how the seniors in the Indian team perform for various franchises. Just a day after India being ousted of the World T20, Suresh Raina had tweeted that he was eager to join ‘CSK to prepare for the CLT20’. Hmmm, is this where our cricketers’ priorities lie? It may sound somewhat harsh but the same men who failed to deliver for India in the World T20 had an excellent IPL prior to that. 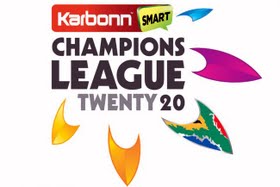 Virender Sehwag, who struggled to come up with a decent score and played some atrocious strokes in Sri Lanka, was in the form of his life in IPL 5. Similarly, Gautam Gambhir not only batted exceedingly well, but also led his side to victory in the championship. Before and after that, both Delhi mates have struggled to replicate the good run they had at the IPL. Their failure in the World T20 was more surprising in that context since it was the same format that they performed so well not long ago.

If the Indian players have an exceedingly good time during the CLT20, people would be forced to wonder whether players have become more interested in playing for franchises (read easy money) rather than country. And, hence even if players from India succeed it will leave a very bad taste in the month. How come a bunch of men who, when they play for India, fail to rise as a team, but perform as individuals when are part for a side which is an amalgamation of cricketers from various countries? The rise of T20 has given fans an option watch night cricket for sure. At the same time, tournaments like the IPL and CLT20 have forced cricket lovers to ask themselves, ‘Is this the same sport they followed which such craze and reverence?’

In a sense, the CLT20 is a no win situation at least for our Indian cricketers. If they do well, it will indirectly confirm that they are more interested in playing for franchises that for country. On the other hand, if they don’t do well they will be criticised for not being good enough in a low profile pressure situation as well. Sad, but true, for this writer, the CLT20 has nothing else to offer.