Can Mumbai end disappointing campaign on a high?

Like the other clash of the day, the Mumbai Indians vs Sydney Sixers contest is also insignificant in terms of having an impact on the semis equation.

Like the other clash of the day, the Mumbai Indians vs Sydney Sixers contest is also insignificant in terms of having an impact on the semis equation. Mumbai have already been knocked out while Sixers progressed to the final four without dropping a sweat. Being defending champions, a much better effort was expected of Mumbai, however going back without a win would be an even bigger disappointment. They would have it extremely tough against the in-form Sixers, but they need to raise their game to save some face. 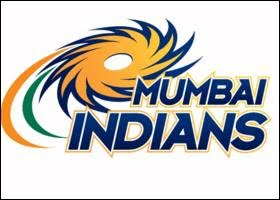 Mumbai have failed for the simple reason that they haven’t performed as a unit. They went down to Lions without a fight, and didn’t have enough muscle power to overcome Chennai as well. Their batting hasn’t been all that bad. But while Dwayne Smith, Rohit Sharma, Dinesh Karthik and Kieron Pollard have performed well at different stages of the tournament, their knocks haven’t guided the team to victory. Also, Sachin Tendulkar has failed in all the matches, which hasn’t helped the team’s cause in any way. If he fires against Sixers, Mumbai can hope for a consolation win.

Mumbai’s bowling has let the side down big time.It has only been Lasith Malinga who has done well with the cherry.Everyone else including Pragyan Ojha, Dhawal Kulkarni, Mitchell Johnson and even skipper Harbhajan have struggled. That needs to change if Mumbai hope to get the better of Sixers.

The below par efforts of Mumbai and Chennai have made Sixers’ progress to the final four rather easy. Shane Watson may no longer be part of the squad, but in Brad Haddin, Micheal Lumb and Steven Smith, they still have dangerous players, who have also been among the runs. One cannot forget the presence of Moises Henriques, who has come up with goods both with the bat and ball. These are the men that have made Sixers an extremely dangerous batting outfit. It remains to be seen how severely Watson’s absence affects them.

If they have excelled in batting, Sixers have also been exceptional with the ball. Mitchell Starc and Pat Cummins are, without doubt, enjoying the conditions in South Africa. They would be expected to trouble the struggling Mumbai batsmen for sure. Josh Hazlewood and Steven Smith are also decent performers with the ball.