England made an impressive start to their tour of India, ending the first day at Rajkot on 311 for 4. Here are some numbers that matter

England made an impressive start to their tour of India, ending the first day at Rajkot on 311 for 4. Here are some numbers that matter.

Joe Root became the first visiting batsman in three years to score a hundred in India. He made 124 from 180 balls with the aid of 11 fours and one six. The last time a batsman from the opposition made a hundred in India was Michael Clarke. That was back in 2013 during the Chennai Test.

Root has an incredible average of 110 in the first innings of the first Test of a series since January 2014. The list includes three hundreds as well – 200 not out vs Sri Lanka at Lords, 154 not out against India at Nottingham, and 134 against Australia at Cardiff. In between, he also registered two 80s and a 90. 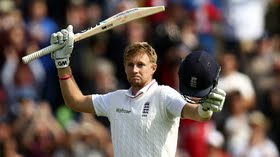 Root’s 124 is now his highest score in Asia. He had a number of fifties before this, but failed to reach a hundred. His previous best was 88 in Dubai.

A visiting team has registered a 300-plus score against India after a long time. Australia were the last team to cross the mark, when they ended with 408 at Mohali in 2012-13. Since then, there have been 20 innings in which no opposition side has managed to reach 300.

The 179-run partnership between Root and Moeen Ali is the highest in terms of partnership since the start of the South African series. Before this, the best partnership in recent times was 124 between Kane Williamson and Tom Latham at Kanpur.

Ali went to stumps unbeaten on 99. He becomes the 13th player in Test history to do so. Rather incredibly, of the players who have faced the situation, five have been from Jack Hobbs, Wally Hammond, Allan Lamb and Graeme Hick. Even more interestingly, Glenn Turner and Mudassar Nazar have been in the position twice. The good news for Moeen is that all these players reached three figures the next day.

Moeen’s 99 not out is already his highest in an away Test, his previous best being 68 against Bangladesh at Chittagong.

When he made his debut, Haseeb Hameed became the youngest Test opener for England. He was 19 years and 297 days old. The legendary Len Hutton was the previous youngest. He opened the innings on debut against New Zealand at Lord's in 1937, at the age of 21 years and three days.

Ravichandran Ashwin and Ravindra Jadeja had a rare off day, as the pitch did not offer much assistance. They bowled 52 overs in combination, picked up a total of three wickets while conceding 167 runs.