Renowned commentator and veteran sports journalist Kishore Bhimani is no more. He died on Thursday in Kolkata at the age of 80. According to media reports, Bhimani was admitted to Woodlands Multispeciality Hospital on September 14 due to health related issues.

The media release by the hospital stated that Bhimani breathed his last at 6.25 am following a cardiac death. Bhimani is famously remembered as he was on air when the famous 1986 tied Test between India and Australia in Chennai (then Madras) came to a thrilling finish.

Many from cricketing and journalistic fraternity took to Twitter to pay tribute to Kishore Bhimani.

"So many memories of #KishoreBhimani but the common thread running through is of a great joie-de-vivre. Fine writer with zest beyond his sport. One of the great figures of Kolkata, not just its sport. Been a privilege to know the family and be friends with Rita and Gautam," renowned commentator Harsha Bhogle tweeted. 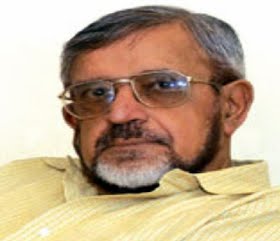 Former India captain Bishan Singh Bedi wrote, "RIP Kishore Bhimani..he was one of the good Old Fashioned Crkt writer who took Crkt writings like a player who takes to playing...Condolences to his Spouse Rita & Son Gautam.. GodBless All Always.. Fondly."

Senior journalist Rajdeep Sardesai also tweeted the sad news. "… One of the great characters of cricket commentary, an encyclopaedia on the sport, unafraid to voice a sharp opinion and a true cricket enthusiast and aficionado.. Kishore Bhimani has passed away.. Will be much missed RIP," the son of late cricketer Dilip Sardesai tweeted.

Senior journalist Gautam Bhattacharya paid a touching tribute to the late commentator. “Kishore Bhimani with the microphone and his fancy typewriter was a true legend of the game. I Only hope tday at the IPL they observe a minutes silence before the match.He deserves it richly..Rest in peace.”

Bhimani’s son Gautam is also a cricket commentator.He is said to be in Mumbai and will reach Kolkata tomorrow for the last rites tomorrow. 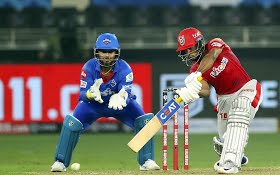