Solely focused on my duties: Mark Boucher on disciplinary hearing over racism allegations

South Africa’s coach Mark Boucher has asserted that he remains committed to his job even as it was confirmed on Thursday that he would be facing charges for gross misconduct with regards to racism allegations. Boucher was among a number of former Proteas cricketers against who racism allegations were levelled.

In a series of hearings by the Social Justice and Nation Building commission last year, a number of black players alleged they were racially discriminated when they were part of the national squad. Former left-arm spinner Paul Adams informed the commission that a racial slur was directed at him in a team song in the late 1990s.

Boucher admitted he joined his team-mates in singing the song and apologised in a written submission to the commission. Reacting to the latest development, Boucher said, "I look forward to dealing with and defending these allegations which have been made and will do so at the hearing in due course. For now I am solely focused on my duties as head coach of the Proteas.” 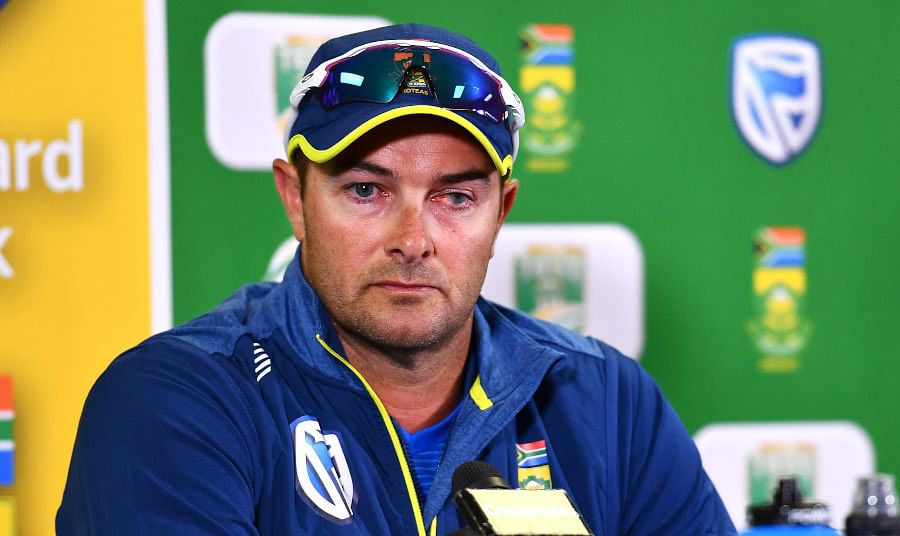 Cricket South Africa (CSA) has confirmed that the former wicketkeeper-batter, who was named head coach of the national team in December 2019, would meet disciplinary hearing chair Terry Motau on 26 January to "determine a timetable for proceedings"

The CSA statement said, "While Mr Boucher is being charged with gross misconduct, which could lead to his dismissal, CSA emphasises it is important that the independent inquiry first needs to test all allegations before any question of sanction can arise."

Boucher played 147 Tests and 295 ODIs between 1997 and 2012 and was a legend in South African cricket until his image was tarnished to some extent after being dragged into the racism controversy. However, Boucher has not been suspended from his role and will remain in charge for the final two ODIs against India, which will be played on Friday (Paarl) and Sunday (Cape Town).

South Africa came back from a 0-1 deficit to clinch the three-match Test series 2-1. They are also 1-0 up in the three-match series, having won the 1st ODI in Paarl on Wednesday by 31 runs.