Zimbabwe were completely clueless against spin

The two-Test match series between West Indies and Zimbabwe was all about the latter’s struggle against spin. The Windies were always expected to win both the Tests with ease, but the comfort with which they overcame the Zimbabwean challenge was a clear sign of how poor the current Zimbabwe side led by Brendan Taylor...

The two-Test match series between West Indies and Zimbabwe was all about the latter’s struggle against spin. The Windies were always expected to win both the Tests with ease, but the comfort with which they overcame the Zimbabwean challenge was a clear sign of how poor the current Zimbabwe side led by Brendan Taylor is and also how dominant the West Indians are at home, especially against the minnows. That they were going to win was a formality, but the fact that Windies had the upper hand in the series right throughout would have made them feel good about themselves especially since they continue struggling against the top sides. 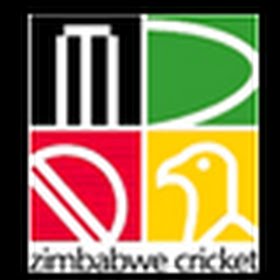 The woes of Zimbabwe can be gauged from the fact that they failed to cross even the paltry 200-figure mark in three of the four innings in the series. The only time the visitors breached the 200 figure was in the first innings of the opening Test at Barbados. They made only 211 in that innings. On the other three occasions they batted, they managed unacceptable Test scores of 107, 175, and 141. Another incredible aspect of Zimbabwe’s shabby batting performance was the fact that only one batsman made a half-century for them in all entire series. Opener Tino Mawoyo made exactly 50 in the first innings at Barbados. The next highest score for Zimbabwe in the series was 35 by Vusi Sibanda at Dominica.

Spin was the factor that caused serious trouble for the Zimbabweans. West Indies’ off spinner Shane Shillingford was the wrecker-in-chief as the hapless Zimbabwe batsmen had no idea how to deal with him. He took nine wickets in the first Test at Barbados, and did even better in the second one at Dominica, scalping 10 wickets for the match. None of the Zimbabwean batsmen had any idea how to deal with Shillingford’s spinning deliveries. The fact that even Marlon Samuels picked up 10 wickets in the two Tests put together reiterated how hopeless Zimbabwe were against spin.

As for the West Indians, there were only positives to take away from the short series. If anything, they could have batted better in the first innings at Barbados, where they managed only 307. But again, Samuels, Denesh Ramdin and skipper Darren Sammy batted well to register half-centuries and lead the side to an easy win. They were even more dominant in the second Test, winning by an innings margin. Chris Gayle roared back to form with an attacking century. Chanderpaul also played a typical knock, hitting a workmanlike hundred. The West Indies think tank would further have been pleased with wicket-keeper Ramdin’s consistency with the bat as he cracked another half-century.

As for their bowling, apart from the spinners, medium-pacer Shannon Gabriel was also effective picking up some crucial wickets to aid the slower men. All in all, West Indies had better players given the conditions and utilised the same to their advantage. As for the Zimbabweans, they did not possess the armoury to deal with a much-stronger opposition.