Fast bowler Scott Boland has been retained in Australia's playing XI for the Boxing Day test against South Africa, which begins on Monday at the Melbourne Cricket Ground (MCG). The decision was a straightforward one after Josh Hazlewood failed to fully recover from a side strain

Following Hazlewood’s injury, Boland was drafted into Australia’s Test XI for the second and final test against West Indies as well as the opening game against South Africa at the Gabba in Brisbane, which ended in two days. He claimed three wickets against West Indies in Adelaide and four scalps against the Proteas at The Gabba.

The MCG was the venue of Boland’s famous Test debut in the Ashes last year. In a fairy-tale of sorts, he ran through England with figures of 6/7 in the second innings as the Aussies registered victory by an innings and 14 runs in the Boxing Day encounter. 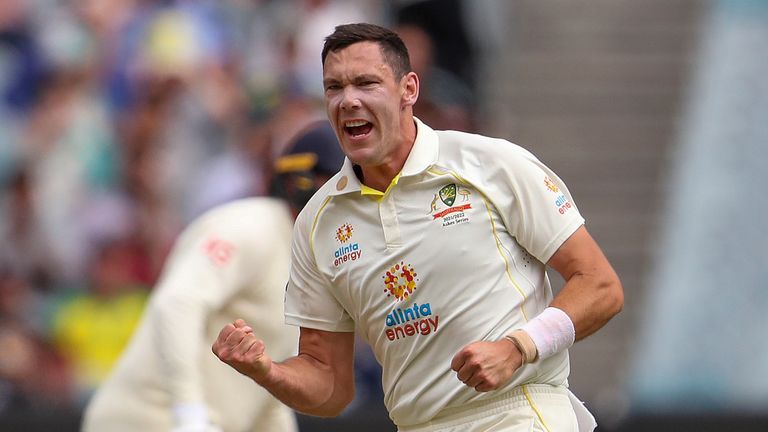 Sharing an update on Hazlewood, Australian Test captain Pat Cummins told the media, "We gave Joshy (Hazlewood) every chance, it just got to a stage where (he) more than anyone else felt like he was a little bit underdone," Cummins told reporters.

"It's a mark of the man really, he himself said 'don't feel quite right' so he kind of pulled himself out of selection. We talk a lot about how (as) a team we need a squad mentality and I think it's another great example. We didn't really get to the decision point, we gave it enough time and it played out. There would have been a part of everyone that would've felt a little bit aggrieved if Scott missed out," the Aussie fast bowler added.

Veteran opener David Warner is also part of the Australian team for the second Test, which will be his 100th game for his country in the red-ball format. When he steps out on the field at the MCG, Warner will become 14th Australian to feature in 100 or more Test matches. The left-hander has 7922 runs from 99 Tests at an average of 45.52with 24 hundreds and 34 fifties.

Australia hammered South Africa by six wickets inside two days in Gabba on a pitch where batters found it extremely hard to survive. The third Test of the series will be played in Sydney from January 4.