India women cricketers did brilliantly to reach the final of the ICC Women's World Cup 2017, and team captain Mithali Raj is hopeful it will change the way women’s cricket

India women cricketers did brilliantly to reach the final of the ICC Women's World Cup 2017, and team captain Mithali Raj is hopeful it will change the way women’s cricket is perceived in the country.

"It was a different feeling when so many people turned up for the finals. I have been playing cricket for 18 years and it was my first experience to see so many people turning up for the match of women's cricket and we didn't disappoint any of them. We gave them a tough fight and it wasn't a one-sided game," Raj said in an exclusive interview to NDTV.

Asked about comparisons being made between men's and women’s cricket, Raj told NDTV, "I appeal to public not to compare women's cricket with men's cricket. I request them to see women's cricket in a different light. It's a sport in its own way." 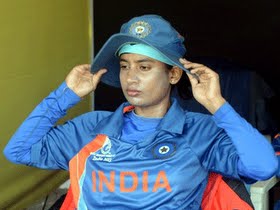 On India's successful campaign in the tournament, Raj felt. "In a bigger picture I see that it has done a lot of good for women's cricket. Now people are watching and following women's cricket. Every member of the women's cricket team is a celebrity now and everyone knows who's what and what kind of a role they play in the team.”

She admitted though that the loss in the final was a tough pill to swallow. "It is more heartbreaking because we were cruising at one time and gave away the match. It will take some time to make peace with the loss in finals," Mithali told NDTV.