They lost to India recently at this venue: Jos Buttler confident England can beat Aussies at the Gabba

England’s wicketkeeper-batter Jos Buttler feels the team can beat Australia the Gabba, where the hosts have a stupendous record, if they play to their absolute potential. Buttler pointed out that India recently defeated Australia in Brisbane and there is no reasons why the Englishmen cannot do the same. Australia tasted their first defeat at the Gabba since 1988 when a young and spirited Indian outfit led by Ajinkya Rahane stunned them at their fortress.

Speaking ahead of the first Test in Brisbane, which begins on Wednesday, Buttler said, "Any time you come and play in Australia as an England team it's a huge challenge, history tells you that. That makes it exciting. Australia tend to play well here (Brisbane) but they obviously lost to India recently at this venue, which proves it's not impossible to beat them here.

“We know to be able to do that we have to perform close to our best as a side. We focus a lot on ourselves - the opposition are a fantastic team - but we know if we bring our A game we will be there or thereabouts," Buttler added 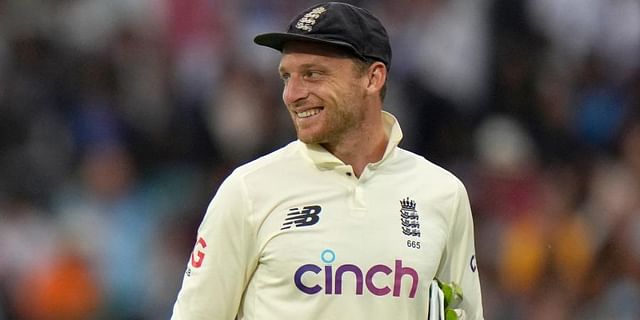 He also cleared the confusion regarding lead pacer James Anderson. The 31-year-old told the media that the team’s pace spearhead is fit but will be rested for the first Test keeping workload management in mind.

Buttler explained, "Jimmy's not going to play but he is fit. It's obviously a very long series and we want a guy like that to be available to play as much of a part as possible. It's just precautionary. He bowled well yesterday and again today. He's fit but the guys are just being cautious."

The Gabba Test will mark the comebacks of veteran cricketers Stuart Broad and Ben Stokes. While Broad picked up an injury during the Test series against India, Stokes was on a mental health break. Speaking about Broad, Buttler said, "He's good to go I think. He obviously had an injury at the end of the summer in England but he's been coming back well from that. The way the build up has been it's been a little bit challenging in certain ways. He bowled well in the nets yesterday and looks pretty good.”

About Stokes, the experienced cricketer asserted that he is fit to play and has been performing very nicely in the nets and did very well in the warm up game as well.

England drew the 2019 Ashes 2-2 with the Aussies. However, Australia retain the urn having clinched the previous Ashes.