An unbeaten England will take on South Africa in match number 39 of the T20 World Cup 2021 at the Sharjah Cricket Stadium on Saturday. The game will be played as part of the Group 1 encounters in the Super 12 round of the ICC event. The England vs South Africa clash will take place at 7:30 PM IST and 6:00 PM local time.

While England have qualified for the semi-finals of the T20 World Cup 2021 with four wins out of four, for the Proteas Saturday’s clash will be a near do-or-die kind of game. Both Australia and South Africa are locked on six points. One of the two teams will progress to the semi-finals after the matches on Saturday.

Australia will be in action against West Indies earlier in the day. If they win their last Super 12 game, they move up to eight points. This means South Africa will not only have to beat England but also finish with a better run rate that the Aussies to go through to the semis. That will be a Herculean task in itself considering England have hardly demonstrated any weakness in the World Cup so far. 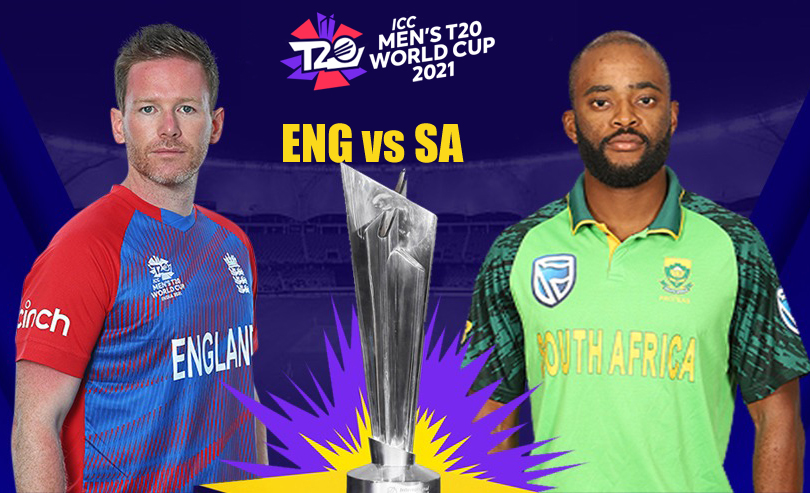 The other scenario will arise in case Australia go down to West Indies and South Africa also lose to England. In this case, the net run rate will decide the second semi-finalist from Group 1. If the Windies defeat Australia and South Africa beat England, the Proteas would go through as the second team. But the odds are heavily stacked in favour of the Englishmen.

England batted first in the last game against Sri Lanka and showed their versatility as Jos Buttler hit a brilliant ton and Eoin Morgan found some form with 40. The quality bowling line-up then did the rest. South Africa had it all easy against Bangladesh as they cruised to victory without any challenge. They will have to bring out their A game against England though.