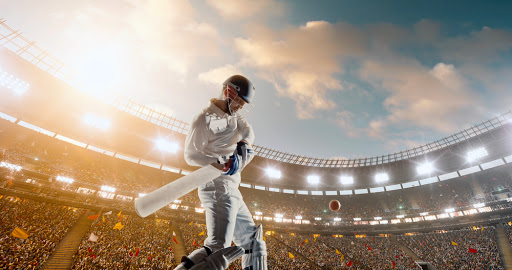 Despite the coronavirus outbreak, the 13th season of the Indian Premier League (IPL) resumed on September 19. Since it is one of the most awaited cricket leagues around the world, cricket enthusiasts are now placing their bets in online bookmakers. Some of these sites have live dealer games where they can play while waiting for the match to start.

During the first day of the league, the opening match was played between the Mumbai Indians and the Chennai Super Kings. Both teams did put up a fight. But with the help of Ambati Rayudu who scored six fours and three sixes, the team were able to take home the crown. CSK defeated MI by five wickets

However, Rayudu did not join the team against the Rajasthan Royals due to a hamstring injury. ‘Nothing to worry about. He has the hamstring injury, but will at worst miss one more game. But you never know, he might be fit in time for that game’, Kasi Viswanathan said, CSK’s CEO.

On the other hand, Ajay Jadeja complimented Dinesh Karthik, the captain of Kolkata Knight Riders. This is because he did what MS Dhoni has been doing and that is to dictate the game.

The new tactic of Karthik did wonders to help the team when they defended 167 against CSK. In the end, KKR won by 10 runs.

‘Have to admit that he (Dinesh Karthik) pulled off a Dhoni today. What MS Dhoni has been doing with other teams, today Karthik managed to do the same... He dictated the play’, Ajay Jadeja said.

‘His decision to make Pat Cummins bowl the 11th oversaw the game slowing down and then Karthik decided to throw Sunil Narine in the middle. Narine only conceded 3-4 runs and these were the moments where the game shifted in favour of KKR’, he added.

As of the moment, the Chennai Super Kings and the Kolkata Knight Riders are on the verge of having hot and cold clashes.

However, during the match of KKR against Delhi Capitals, the team lost 18 runs which caused a huge uproar regarding Dinesh Karthik’s captaincy. In fact, the fans are clamouring that he should be replaced by Eoin Morgan, one of the team’s skipper.

Even with the huge uproar of the fans, Brad Hogg, a former player of the team said that it is not a smart move to replace the captain.

‘Look, I’d love this move to make Eoin Morgan KKR captain. Morgan is a great captain, and when you got someone like that in your team, you got to utilise those skills. But Dinesh Karthik is doing a good job, but he has to utilise Morgan’s skills’, Hogg stated.

You gotta realise in their team they can only play four overseas players. If Morgan starts finding a little bit of misfortune with his form, they have to bring in Tom Banton. Having him as captain will make it difficult to drop Morgan. So, I’d stick with Dinesh Karthik, but utilise Morgan’s experience’, he added.

On the contrary, Kings XI Punjab’s fourth straight defeat made them slip to the bottom of the leaderboard. The team experienced consecutive losses against Rajasthan Royals, Mumbai Indians, Chennai Super Kings, and Sunrisers Hyderabad.

One of the reasons why the team is on the weaker side is because of Glenn Maxwell’s performance. He scored pretty low for someone who is known as a key player of the team.

‘These guys (KXIP) will have to get something out of Maxwell. You cannot keep an overseas player’s spot like this. Glenn Maxwell hasn’t scored at all in this IPL’, Kevin Pietersen said, the former captain of England.

‘Maxwell either has to be sidelined or he gets just one more opportunity’, he added.

Although we are still in the first half of this year’s IPL, it is undeniable that there are several issues and dramas as the league continues.

The IPL 2020 also has a lot of promising young bowlers like Thangarasu Natarajan, Rahul Tewatia and Ravi Bishnoi.

He is a South African international cricketer who is now playing for Delhi Capitals. Rabada is also known as a fast bowler who can play in all formats of the game.

He is an Indian international cricketer who is also the captain of Kings XI Punjab. Rahul is also known as a right-handed batsman and wicket-keeper.

He is an Indian international cricketer who plays for Kings XI Punjab. Agarwal is also known as a right-handed opening batsman.

He is an Indian cricketer who plays for the Mumbai Indians. Bumrah is also known as the third-highest wicket-taker in Tests.

He is a Trinidadian cricketer who plays for the Mumbai Indians. He is also the captain of the West Indies cricket team and is known as a medium-pace bowler.

He is an Indian cricketer who plays for the Mumbai Indians. Yadav is also known as an attacking right-handed batsman.

To keep you updated, here is where to watch live cricket matches:

With the emergence of technologies, you can now watch your favourite team online. The best thing is that you can also place your bets at the same time. All you need to do is to secure a stable internet connection.

Even though it is one of the most old-school ways of watching cricket, it is still the most common way to watch big cricket events. The advantage of paid cricket live streams is that you get to watch the match in the highest resolution possible. In short, you get what you paid for.

Even though the use of smartphones in live cricket streaming is one of the easiest ways to tune in, you will never go wrong with cricket sports channels

What are you waiting for? Have a fun time streaming the 13th season of the IPL!