The Best Cricket Teams to Hedge Your Bets on This Season

Betting on your favorite cricket team is a great pastime. Bet with your friends, or with strangers through an online casino. You can win big when you bet on the right teams.

The experts at Sbobet recommend you do your research before placing your bets. This way, you can know the smartest bets to make.

Some cricket teams are better than others. A great gambler will be able to choose the best teams and win big. Here are some of the high achieving cricket teams to watch.

The Men in Blue are currently ranked first in the ICC (International Cricket Council) Test Championship. They’ve been competing since 1926 and have maintained their high-ranking status for several years. They ranked second place overall at the One Day International (ODI) this year. 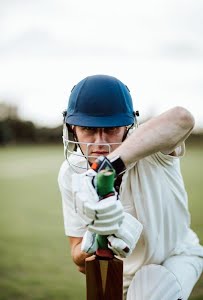 They also managed to come in fifth at the ICC Twenty20 Internationals (T20I) this year.

In addition to their incredible 2019 statistics, they have played better. In previous years, they have come in first place at all three major contests. These include the Test, ODI, and T20I Championships.

This team is a solid bet at 16/7 so far for One Day Internationals in 2019. It would certainly be a smart choice to put money on this team.

This team is made up of competitors from both Wales and England. Similar to the India National Cricket Team, this team has a high-ranking legacy. They have achieved first place in the Test, ODI, and T20I Championships in previous years. As of this current year, their rankings are still impressive.

The England Cricket Team stayed in the top four across all three major ICC Championships. The ODI marks their greatest victory, coming in first place. In the T20I, they came in second. They managed to stay at a respectable fourth place in the Test Championship.

Since 1909, this team has been a major competitor in the ICC. They are certainly one of the better teams to put your money on.

This team is not only an impressive competitor, but they are also one of the oldest teams in history. They played England's team in 1877, marking the first-ever Test match. The years have certainly done them well.

Much like England and India, the Australian team has at one point scored first place in each major ICC Championship. This year they haven’t played quite as well. With their fourth and fifth place rankings at the Test, ODI, and T20I Championships though, they are still in the running.

They are impressively 3/0 for test matches in 2019. This means they are still a great team to bet on for future matches. They match India at 16/7 at ODI and are starting strong with 2/0 stats at T20I

Betting on the right cricket teams is a skill. It takes time, research, patience, and a little bit of intuition. The teams above are some of the best in the game. Betting on one of these consistent winners is one of the safer choices if you are looking for a high chance of a win.

Cricket is a wildly entertaining sport. Make the right bets in 2019 by trusting these high achieving teams.