Spinning it for India tour: Australia hire Panesar as consultant, Sriram as mentor

In an interesting move, Cricket Australia has hired former England spinner Monty Panesar as its spin-bowling consultant, as the Aussies prepare for the tough four-Test tour of India starting from next month

In an interesting move, Cricket Australia has hired former England spinner Monty Panesar as its spin-bowling consultant, as the Aussies prepare for the tough four-Test tour of India starting from next month. The selector of 34-year-old Panesar in a significant one since he played a major role in India’s last series defeat at home.

England were the last side to beat India in India, in 2012 under Alastair Cook, and Panesar was one of the stars of show, claiming 17 scalps in three Tests. However, Panesar’s fortunes have dwindled since owing to injury, form and personal issues. The left-arm spinner has in fact spent this summer as a club cricketer in Sydney. According to some media reports in Australia, Panesar will travel to the Centre of Excellence as early this week to work where he will join Australia’s left-arm spin option for the tour of India, Steve O’Keefe. 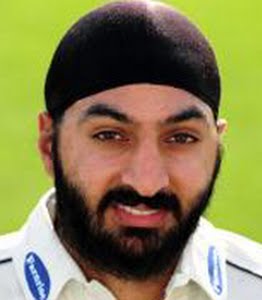 Media reports further said that the former England skipper’s hiring was done at the behest of Pat Howard, Cricket Australia’s high performance manager, and this was done knowing well the threat that will be posed by Indian spinners, Ravichandran Ashwin and Ravindra Jadeja in particular. The duo claimed 54 wickets between them in series against England, which India won 4-0.

“Having Monty come up is a nice way to kickstart the squad’s thinking about playing in India. We want the batsmen to be thinking about what the bowlers will be trying to do to them over there and Monty can engage them that way as well as with the bowlers,” Howard was quoted as saying by the Australian.

Meanwhile, it has been learnt that Sridharan Sriram, a former India left-arm spinning all-rounder, will mentor Australia's slow bowlers for their upcoming Test tour of India. Sriram had earlier worked with Australia's spinners during their disastrous tour to Sri Lanka last year as well as World Twenty20 in India 2016. His services were to be utilised during the tour of Bangladesh, a series that had to be postponed due to security reasons.

As per reports, Sriram will travel with the Australian squad to Dubai on January 29 for their training camp at the ICC Academy, and will work with the team during the Tests. Australia have picked four specialist spinners for the India series - Nathan Lyon, Steve O'Keefe, Ashton Agar and Mitchell Swepson. There is also Glenn Maxwell, who can turn his arm around.

"Sri has worked with us on a number of occasions now all across our pathway system and he is currently in Dubai with our Under-16 team providing his expertise on sub-continental conditions. He knows our players very well and has a wealth of knowledge on the conditions that our players will face in India, Pat Howard, Cricket Australia's executive general manager of team performance was quoted as saying espncricinfo. As a player, Sriram played eight ODIs for India, but managed only 81 runs. He claimed nine wickets with the ball, averaging a little over 30.

It may be recalled that Australia have not won a Test in India since 2004. Also, their last series victory in Asia came against Sri Lanka back in 2011. Since then, they had lost nine consecutive Tests on the sub-continent, a record the Aussies clearly wouldn’t be proud of.