Sri Lanka will face Netherlands in Match number 12 of the T20 World Cup 2021 at the Sharjah Cricket Stadium on Friday. The game will be played as part of the Group A clashes and will mark the end of Round 1. The Sri Lanka-Netherlands encounter will begin at 7:30 PM IST and 6 PM local time

The Lankans have already progressed to the Super 12 round following thumping wins over Namibia and Ireland by seven wickets and 70 runs respectively. While they would be pleased by their efforts so far, Sri Lanka will want to finish their Round 1 matches on a high with yet another comprehensive win over the Dutch.

To say that Netherlands have been a disappointment would be an understatement. They have been on the international circuit for a few decades now and were expected to put up a much better performance. However, they sank to defeats rather poorly against both Ireland and Namibia, by seven wickets and six wickets respectively. They will play for pride against Sri Lanka and would be keen to bow out of the tournament on a high. 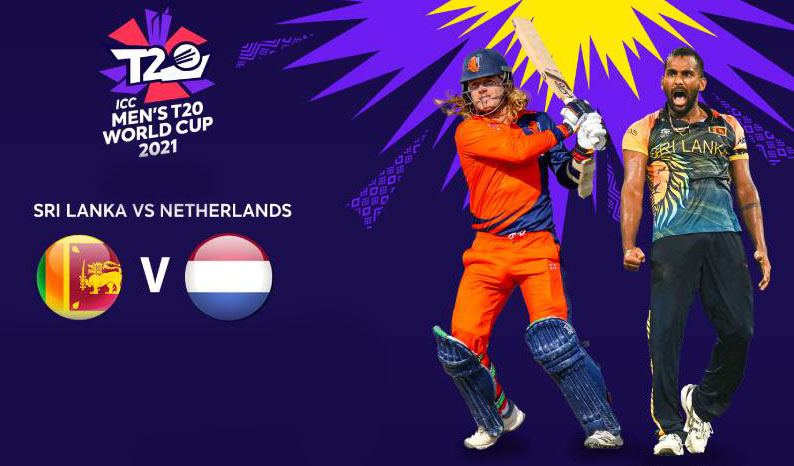 Although Sri Lanka eased to victory by 70 runs, their top-order batting was a concern against Ireland as well. Kusal Perera, Dinesh Chandimal and Avishka Fernando all fell cheaply to leave the side in dire strait at 8 for 3. It needed a tremendous partnership by Pathum Nissanka and Wanindu Hasaranga to lift the team. Their bowling was top-class with Maheesh Theekshana leading the way and all the others chipping in with significant contributions

Both Netherlands’ batters and bowlers led the side down against Namibia. Max O’Dowd has scored half-centuries in both matches. Colin Ackermann contributed 35 while Scott Edwards smashed a quick 21 off 11. But they could only post 164 despite losing only four wickets. Fred Klaassen was brilliant with the ball, registering figures of 1 for 14. However, the bowling fell apart once David Wiese went on the attack.