Mohamed Siraj, Mohammed Shami and Shardul Thakur will be flying to Australia to join the Indian contingent for the ICC Men's T20 World Cup, which is scheduled to be played from October 16 to November 13. It is yet to be officially learned which of these players will be joining the main squad.

Reserve players Deepak Chahar, Ravi Bishnoi and Shreyas Iyer have been dropped from traveling. Chahar is suffering from a back injury. He sustained an injury in the recent bilateral series against South Africa. Similarly, Jasprit Bumrah has been ruled out due to severe back pain. BCCI is yet to name a replacement for him. 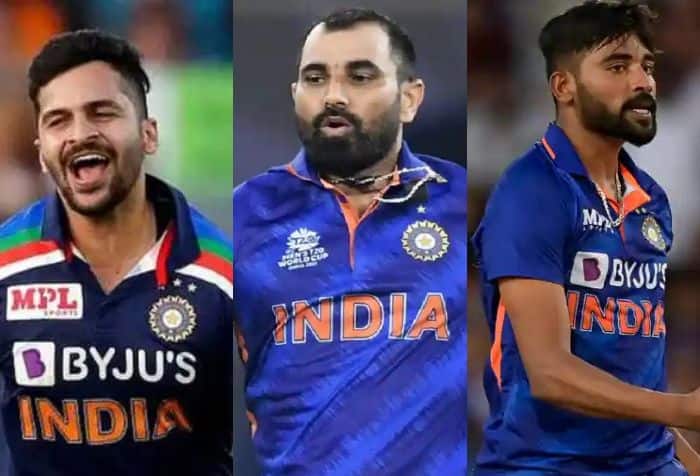 The first match for India will be against Pakistan on October 23. It is believed to be high-voltage combat between the arch-rivals. Ahead of it, the team is to play two official World Cup warm-up matches against Australia on October 17 and New Zealand on October 19.

India and Pakistan are in Group 2 of the Super 12 along with South Africa, Bangladesh and two qualifiers from the first round.

Meanwhile, Umran Malik and Kuldeep Sen have been dropped from the event due to visa issues. An official announcement from BCCI states Mohammed Shami and Mohammed Siraj are replacing the two pacers. They impressed the selectors in the last IPL. The bowling speed of Malik touched 157 kmph-mark in the league.

BCCI earlier said, "Other net bowlers will be flying in a few days. We tried for their visas but couldn’t get it done on time. That’s why they have been asked to play Syed Mushtaq Ali Trophy."

Syed Mushtaq Ali Trophy is a domestic T20 cricket championship organized by BCCI. A total of 38 teams are featured in the event.

Former Australian speedster Brett Lee earlier said Umran Malik should have been part of the 15-member squad as he bowls at the speed of 150 km per hour. He stated, “I mean, when you have the best car in the world, and you leave it in the garage, what’s the point of having that car?”