The year 2020 has tested and tried many around the globe but one player that would not complain much is Tom Banton, who turned 22 this month. He has risen through the ranks, played all around the world, in high profile T20 leagues, performed and earned the England cap.

At one point, the odds of him making it to the star-studded England side were like earning a jackpot in your first attempt at trying your luck with Stelario Casino.

He was noticed by the world for his performances, in the Vitality Blast T20, held in 2019, in England. Playing for Somerset CCC, he accumulated 549 runs at a strike rate of 161.49.

One of the key moments in the tournament was when he reverse-scooped Sam Curran for a massive six. This unorthodox and innovative shot was played with the exquisite ease with which we have now been accustomed from Banton. 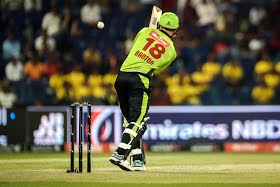 After his heroics in England, Tom Banton offered his services to Brisbane Heat in BBL 2019-2020 season and smashed three half centuries collecting 223 runs at a strike rate of 176.98. In one of the knocks, he set up a record of the second fastest half century of all time in BBL against Sydney Thunder smashing 50 runs off just 16 balls that included 5 huge sixes. With this feat, he left an unparalleled statement about his hitting abilities to the England selectors.

In a short span of time, Tom Banton has represented several other teams around the world including the Peshawar Zalmi in PSL, Kolkata Knight Riders in IPL. He has graduated very well from playing cricket for U-19 England cricket team to being the most sought after batsmen in T20 leagues around the world.

He got his chance to play for the England side pretty early in his career. According to Banton, “The jump from domestic cricket to international cricket has been massive. The first thing that you notice is that the bowling is a lot quicker and more accurate. At this level you have to make sure you keep on rotating the strike and put away the bad balls as you are not going to get too many freebies from the opposition. It’s all about making the most of those opportunities without putting yourself under too much pressure.”

He showcased class and cricketing brain in the 137 runs he made against Pakistan in the T20I series concluded recently. He could not take his form forward against Australia but the experience of playing against the most competitive side in the world will help him evolve his game further.

Speaking about his performance against Australia, Banton stated,“Everyone has bad series and I’ve accepted that’s going to happen whether that is at the domestic level or international level. That is just part and parcel of international sport. I didn’t do very well in the three T20Is against Australia, but they are one of the best teams in the world. The positive aspect of playing the three matches in Southampton was that it was good for my development and I was facing them so early in my career. I believe that despite the low scores I learnt a lot from playing against them and facing their bowlers.”

Banton’s batting style draws comparison to Kevin Pietersen, thanks to the flamboyance and ease with which he plays his shots. He is certainly a part of the bigger picture for the England selectors and one of the key players to look forward to in 2021 and maybe for the ICC WT21 in India. The more he plays world class bowlers around the world, the better his game will become in pressure conditions. The performance in world class leagues do add up as a bonus for him to cement his position into the national side. If you are too seeking some casino bonus in your life, click here.

We hope Tom Banton can continue his form in the year 2021 and give us more unorthodox shots out of his own cricket dictionary to cherish for a long time.