England, who are still 2-0 up in the NatWest Series following yesterday’s abandonment at Birmingham have rested senior bowler Graeme Swann for the fourth and fifth ODIs.

England, who are still 2-0 up in the NatWest Series following yesterday’s abandonment at Birmingham have rested senior bowler Graeme Swann for the fourth and fifth ODIs.

It is learnt that Graeme Swann is struggling with his right elbow and the rest comes for him with about 15 days to go for the next series which is against South Africa. National Selector Geoff Miller revealed that England would have rested Graeme Swann irrespective of the result in yesterday’s Third ODI. 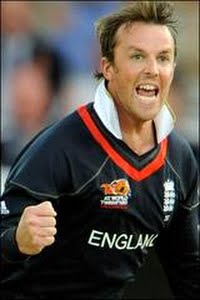 England have added James Tredwell, the Kent off-spinner in the place of Graeme Swann along with fast bowling all-rounder Chris Woakes. The hosts already have two players out of the action in the ongoing series with injuries in James Anderson and Jade Dernbach. Anderson had suffered from a groin injury but is still part of the squad with Chris Woakes as his cover.

The fourth ODI between England and Australia will be played at Chester-le-Street in Durham on Saturday.