Half-ton of Shreyas Iyer and nearly an unbeatable century of wicketkeeper Sanju Samson went in vain Wednesday evening leading to a lead of 1-0 by the visitors in the three-match series at home. The victory path of South Africa was paved by a solid partnership of unbeaten 139 runs by David Miller and Heinrich Klaasen.

The game, played at Bharat Ratna Shri Atal Bihari Vajpayee Ekana Cricket Stadium in Lucknow, was shortened to 40 overs due to rain. India won the toss and opted to bowl. South Africa pocketed 249 runs by losing four wickets while the Men in Blue failed to reach the target by 9 runs after losing eight wickets.

Temba Bavuma said they looked ahead to bowl first and know a job is to be done with the bat too. They wanted to adapt accordingly in the first couple of overs and want to keep the T20 skills in check. Every game is a big opportunity for them. 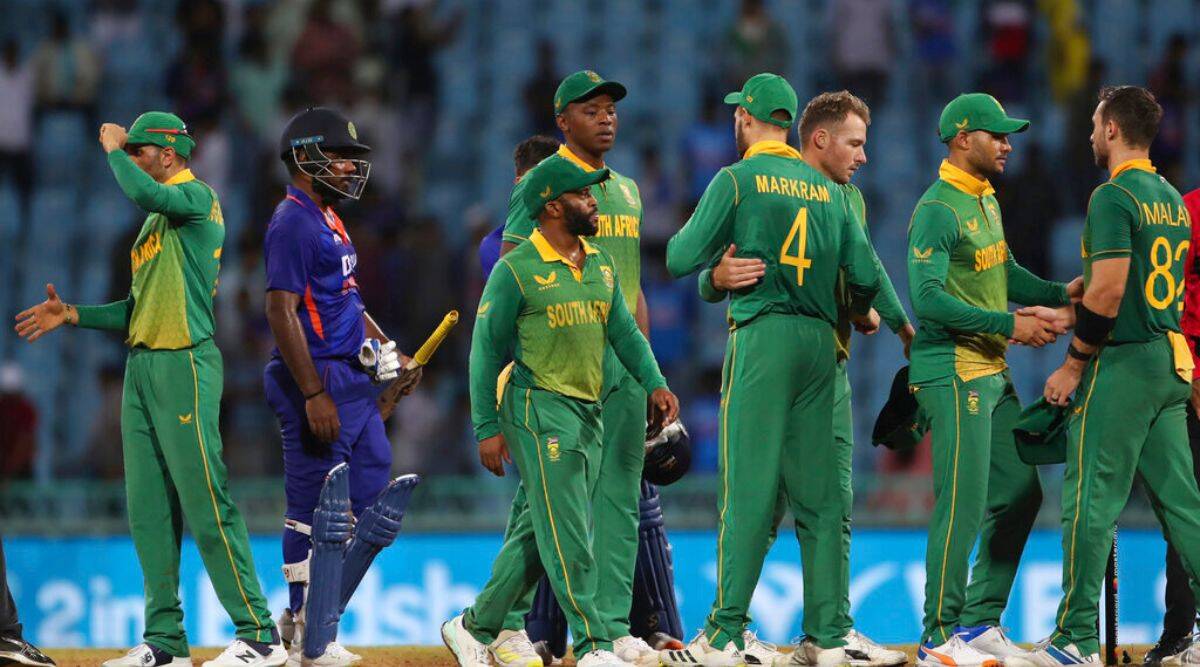 Indian captain Shikhar Dhawan said they wished to field first as the pitch was equipped with a bit of moisture and it was important to exploit it. The team had six batters and five bowlers playing, 2 spinners and 3 pacers.

Ruturaj Gaikwad and Ravi Bishnoi debuted their ODIs today. Heinrich Klaasen was announced Player of the Match for his outstanding batting of an unbeaten 74.

Opener Shubman Gill said, "It is a lot of fun opening with him (Shikhar), he has so much experience and he guides me through the innings, how to deal with certain bowlers."

The second ODI is scheduled to be played on October 9 and at the JSCA International Stadium Complex stadium in Ranchi. The third and final will be held at the Arun Jaitley Stadium in Delhi on October 11.

Revised Playing Conditions Due to Rain