The England and Wales Cricket Board (ECB) is said to have spoken to Jonny Bairstow over allegations of an altercation with Australia opener Cameron Bancroft.

The England and Wales Cricket Board (ECB) is said to have spoken to Jonny Bairstow over allegations of an altercation with Australia opener Cameron Bancroft.

Some Reports in Australia have claimed Bairstow had headbutted Bancroft in a bar in Perth some four weeks ago. A statement by ECB has said that the management staff have asked Bairstow about the alleged incident, and would look into the matter after the end of the first Test. 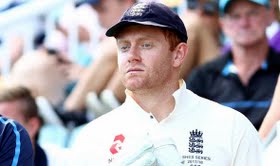 The statement read: “At close of play in Brisbane today, we were made aware of allegations of an incident in Perth four weeks ago.

“There has been no report of any incident from the venue, security or police, and there was no injury reported.

“Following an initial conversation with Jonny Bairstow tonight, we understand the context and will follow up with England players and management after the Brisbane Test.”

England are already facing the Ben Stokes controversy, who hasn’t travelled to Australia as he is also facing charges of being involved in a brawl.