Australia demolished the Indian lower order in less than 20 minutes after the lunch break to wraup up an innings and 37 runs victory at the WACA Ground in Perth. India collapsed to 171 all out in 63.2 overs to surrender the Test match in just two and a half days! It was a second consecutive innings defeat for MS Dhoni’s team and overall they have suffered a seventh straight Test defeat overseas! In the process, the Aussies have gone onto take an unassailable lead of 3-0 to win the Border-Gavaskar Trophy with still a Test Match to be played at the Adelaide Oval next week. David Warner for his blistering 180 which batted India out of the contest got him the Man of the Match.

The action after lunch started in the third over after the break as Ben Hilfenhaus captured three wickets in the space of five balls! First he got Vinay Kumar getting a thick edge to first slip in a backfoot drive to what was a red hot pacy away seamer with plenty of bounce. In the very next ball, Hilfenhaus had Zaheer Khan for a first ball duck by forcing him to fend off a nasty lifter to first slip where Clarke pulled off a great catch despite the possibility of getting distracted by Haddin’s movement across him.

Though Hilfenhaus missed out on a hat-trick narrowly, he got another wicket in the same over when Ishant Sharma (0) helplessly fended off a well directed short ball onto his rib cage to the bat pad fielder. Peter Siddle finished the match in the next over when Virat Kohli poked at his pacy away going delivery on the backfoot to the keeper. Virat Kohli was the last man dismissed after a heroic 75 which came in 136 balls with 9 fours. This knock will certainly be the beginning of this promising batsman’s Test Career which should last a long time from now! On the other side, Ben Hilfenhaus took four wickets this innings to finish with a rich match haul of 8 for 97. Siddle, Harris and Starc all did their bit in both the innings to demolish India twice to force an innings defeat. 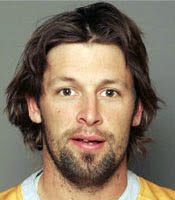 Lunch Break Report : India are once again staring at an innings defeat after they lost two key wickets minutes before the lunch break. Rahul Dravid after working so hard for his 47 (from 114 balls with 8 fours) fell across on the frontfoot in dealing with a sharp inswinger from Ryan Harris which got through his gate to clean him up. That blow from Harris put an end to a fine partnership of 84 runs for the 5th wicket between Dravid and Kohli.

Almost five overs after Dravid’s exit, India Skipper MS Dhoni departed too without giving a fight yet again! MS Dhoni (2 from 16 balls) got out pushing at an away swinger from Siddle with hard hands to give catching practice to Ricky Ponting at first slip who came up with a low diving catch to his left.

At lunch, Virat Kohli with an impressive 69* (from 128 balls with 8 fours) is there at the crease with R Vinay Kumar (6*). India closed the morning session at 165 for 6 in 60 overs with 43 more runs needed to make Australia bat again.

Update at Drinks : India has seen through the first hour of Day 3 without losing a single wicket and taking down the deficit to 79 runs. Virat Kohli has brought up his 3rd Test fifty and has played some attractive shots in his 52* (from 97 balls with 6 fours). Rahul Dravid is looking good for a big knock, he is on 41* from 101 balls with 7 fours at the drinks break.

First Half Hour : The third day’s play of the Third Test at the WACA in Perth has begun with Rahul Dravid and Virat Kohli at the crease for India. The pair has survived the first half hour. Both Dravid and Kohli have played a few cracking shots as well as India look to eat into the deficit and atleast force Australia to bat again. Australia need six more wickets to remove.