Three Indian players Shikhar Dhawan, Ruturaj Gaikwad and batter Shreyas Iyer have tested positive along with a few members of the support staff on Wednesday, days ahead of the white-ball series against West Indies. The Indian contingent arrived in Ahmedabad on Monday for the series and were undergoing their three-day isolation period

The first ODI of the series in Ahmedabad on February 6 will be India’s historic 1000th one-dayer, making them the first team to achieve the feat. However, following the latest development, the trio of Dhawan, Gaikwad and Iyer look set to miss the match and the series as they will be in isolation for a week and will also need to produce two negative RT-PCR tests.

"Three players -- Ruturaj Gaikwad, Shreyas Iyer and Shikhar Dhawan have tested positive. However there are multiple COVID positive cases among non-coaching administrative support staff. It could be between two to four people," a BCCI official confirmed to PTI on conditions of anonymity. 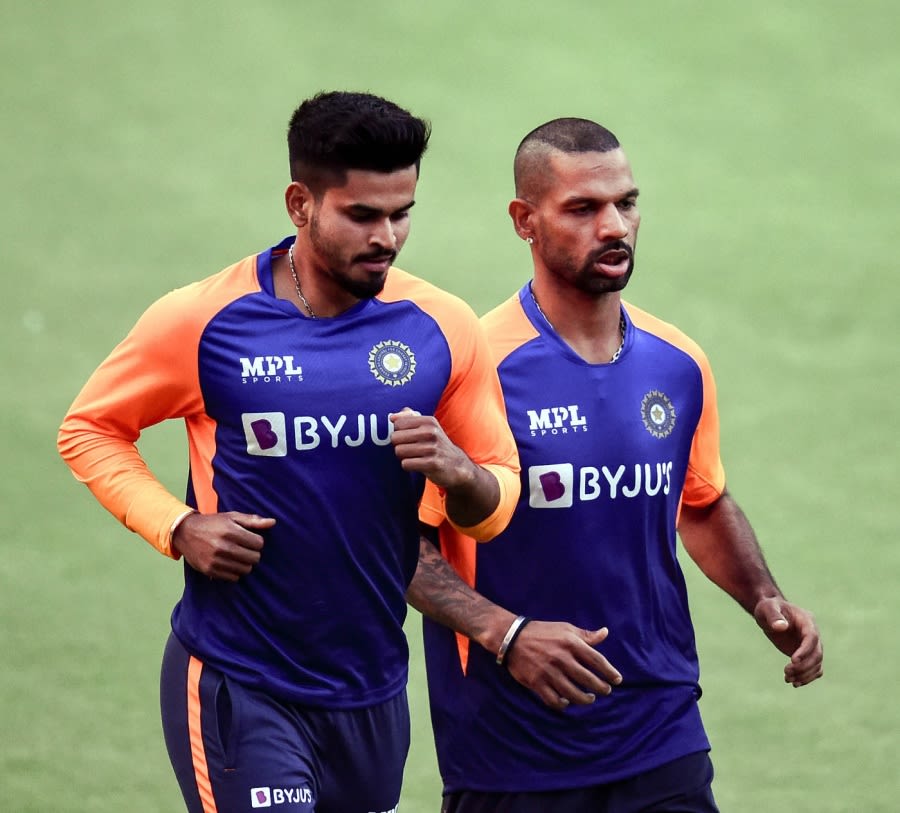 "The players are largely asymptomatic and hopefully will be fine by the end of the isolation period. You feel bad for Shikhar as he might have to miss the series and he is not a part of T20 squad," the official lamented.

He pointed out that this is Gaikwad’s second brush with COVID-19 as he had tested positive during IPL 2020 as well. The official recalled, "If you remember, Ruturaj had tested positive in UAE during the 2020 IPL and went through hell. He had a 14-day quarantine back then and missed first part of the season in the Emirates. This is the second time he has tested positive."

The statement informed that the members were asked to report in Ahmedabad on 31st January 2022 for the upcoming three-match ODI and T20I series against the West Indies. The BCCI confirmed that every member was also asked to undergo an RT-PCR test at home before embarking on their journey to Ahmedabad and the travel was undertaken only after testing negative.