I have also been a victim of injustice: Syed Kirmani while speaking about Wriddhiman Saha controversy

Former India wicketkeeper and a member of the 1983 World Cup-winning squad, Syed Kirmani has come out support of Wriddhiman Saha, who was recently told that he would not be considered for India. The 37-year-old also received a threatening message from a journalist over his refusal to give an interview. Kirmani compared Saha’s situation to his and claimed that he too was a victim of injustice.

Speaking to Sportskeeda in an interview, the former cricketer said, "Saha has got tremendous competition around him with all the youngsters performing well in the IPL and other limited-overs matches. He's obviously very sad, but every cricketer has to go through the ups and downs, right? We don't know what the selection committee and the team management think about the player. I have also been a victim of injustice, but nobody talks about it.”

The 72-year-old added that he was dropped from the Indian team even though he was at the peak of his career. He alleged that wrong reports were published about him in newspapers, claiming he was performing poorly. Kirmani added, "I don't know. I was at the pinnacle of my career around that time. Yet, I was dropped from both the Test and ODI teams for no fault of mine. There was no competition around me.” 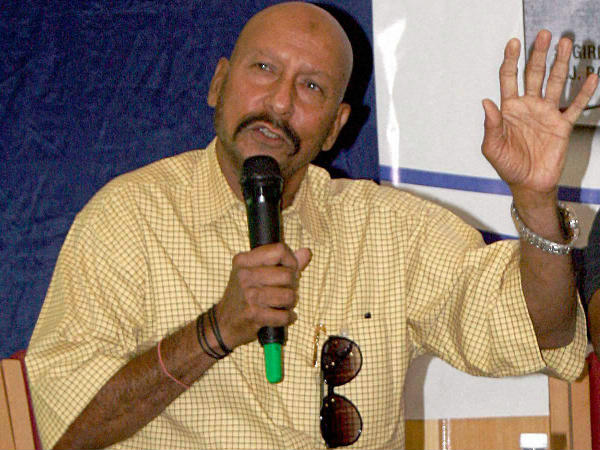 “I played 88 Tests and was the saviour of India's ODI team on many occasions. Do you know, wrong reports were published in the newspapers suggesting that I was performing poorly? While somebody else would drop a catch in the slip cordon, they [the media] would publish my photograph and insinuate that Kirmani had dropped a catch or missed a stumping," he added.

The legend went on to reveal that he was even dropped from his state side Karnataka and was forced to move to Railways. Describing himself as a fighter, Kirmani continued, “My own state [Karnataka] removed me from the team when I wanted to stage a comeback and honour my country. That's why I was forced to move to the Railways team. The then secretary of the Karnataka State Cricket Association [KSCA] said, 'Oh, so you're going to the Railways? Let's see how you perform there.' Is that how you talk to a World Cup winner and someone who has always been a team man?.”

On Saha, he said that the keeper-batter must play on till he enjoys the game. Kirmani played 88 Tests and 49 ODIs for India, scoring 2759 and 373 runs respectively. He effected 198 dismissals behind the stumps in Tests and 36 in one-dayers.