Sreesanth’s claims of him being targeted make little sense

Controversial Indian pacer who has been banned for life by the BCCI for his alleged involvement in spot-fixing during IPL 6 has proclaimed that he is innocent and has even dashed off a letter to the Indian cricket board’s disciplinary committee, explaining why he feels he has been unfairly treated.

Controversial Indian pacer who has been banned for life by the BCCI for his alleged involvement in spot-fixing during IPL 6 has proclaimed that he is innocent and has even dashed off a letter to the Indian cricket board’s disciplinary committee, explaining why he feels he has been unfairly treated. Apart from claiming that he confessed to the police under duress, he has also gone on to state that he is being ‘targeted’. The latest of all explanations is most baffling.

Why would anyone target Sreesanth? He is not a highly influential personality in Indian cricketing circles. In fact, ever since his international debut he has been more in than out of the team. If Manoj Prabhakar had said the same thing after being banned from international cricket, we could still have understood his stance since he had earlier worked with a media organisation on a sting to expose corruption in Indian cricket. Sreesanth wasn’t on any such mission which would be an eye opener for the Indian cricketing fraternity and the fans. If anything, he was pretty much an unwanted quantity, whose tantrums were being borne only because he had some exceptional amount of talent. 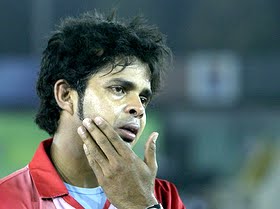 Even if we take into account that Sreesanth has battled extremely hard, and some career-threatening injuries, to return to the international fold, we still have to question why he remained close to friend Jiju Janardhan in spite of the fact that he was very well aware his pal was a bookie. For a cricketer to maintain friendly relations with a bookie even if he is a good friend is hazardous, which is exactly what got the Kerala speedster into trouble. The court will decide whether or not he is involved in spot-fixing, but had he been more careful while choosing his pals, he could have avoided the trouble he has got himself into.

Of all the cricketers banned for spot-fixing during IPL 6, Sreesanth is the only one of international repute, which is why his penalisation is all the more disheartening. Then again, Sreesanth’s career always had that ‘living on the edge’ mark. As a cricketer, he opened his mouth more than letting the ball do the talking. On the rare occasions that he flourished, like at Johannesburg in 2006, people were in awe of his talent. Few could get the ball to shape out of the hands as perfectly as Sreesanth did. Then again, the fact that we mentioned the word ‘rare’ speaks of how inconsistent he was.

It wouldn’t be wrong to say that Sreesanth scripted his own downfall more than anyone else. Here was the man who took the catch that helped India lift the 2007 World T20. Although he had a poor 2011 World Cup, he was included in the final that India won. Yet, Sreesanth never quite utilised his opportunities. He was more interested in bullying the opponents, who actually ended up having fun at the bowler’s expense. In short, the talented man from Kerala, who could have achieved so much had he developed on his gifts, ended up making a joke out of himself.