There was a time when India struggled to win matches in Zimbabwe. This was specifically during the 90s and the early 2000s when India travelled very poorly, and Zimbabwe were still a competitive force at the international stage.

There was a time when India struggled to win matches in Zimbabwe. This was specifically during the 90s and the early 2000s when India travelled very poorly, and Zimbabwe were still a competitive force at the international stage. Those who followed cricket closely in that era would distinctly remember India losing the one-off Test in Harare in 1998, and then failing to win the series in 2001-02, immediately after the historic Australia series at home. They also went on to lose the tri-series that followed, that too after having won all the league matches. Times have changed significantly since then. Zimbabwe are no longer strong, and India have become better travellers.

Although the Zimbabwe series is a low-profile one, it has assumed greater significance in the aftermath of the Bangladesh debacle. A full strength Indian squad lost the one-day series in Bangladesh, and the selectors' response has been to give their weary bunch of seniors a rest. Thus, India will be under pressure to win the series, and that too with a second string squad. One really wonders what the logic behind resting the senior players for a series immediately after they have lost the previous one is. Probably, if we are losing, we might as well with a weak team. 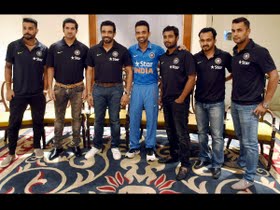 It is rather ironic that these tired players want to feature in the entire duration of the IPL, that lasts for a month and a half, but want to rest when it comes to India duty. Also, if resting players on the basis of the number of games they featured in was the criteria, Ajinkya Rahane should have been among the first names in the list. After all, he is a part of all three versions of the sport, and will be as tired as any of the other Indian cricketers who have turned out in all three formats for the country over the last year and a half. Instead, while the others have been rested, Rahane finds himself leading the side. It's an honour without doubt, but one cannot miss the irony of the situation again.

Whatever the case, the fact is that the series gives the youngsters and fringe players a chance to make an impression. At the very top, Murali Vijay will be opening the innings. He has proved himself in Tests, and now he gets an opportunity to establish himself in the shorter formats as well. Robin Uthappa is another player who will have to seize his chance. Although still in his late 20s, Uthappa is now extremely rich in terms of domestic experience. He will thus be expected to show a lot more resilience in his second coming as an international player. The fact that he can keep is an additional advantage, with MS Dhoni coming to the end of his career.

Two other batsmen for whom the Zimbabwe tour will be extremely significant are Manoj Tiwary and Manish Pandey. Tiwary has got a one-day hundred to his credit, but injuries and lack of chances have kept him out of the team in recent years. As for Pandey, he has flourished in the IPL and domestic cricket as well, but he will be tested in international cricket, even if the opponents are Zimbabwe. Kedar Jadhav also should make it count if he gets a chance. In the bowling, Sandeep Sharma gets an opportunity to impress at the international stage after an impressive year in the domestic matches, IPL included. Also, Axar Patel has been chosen ahead of Ravindra Jadeja. Can he move ahead in the race between the two?