Further uncertainty in CSK camp after Raina pulls out of IPL

Chennai Super King’s batting mainstay Suresh Raina pulled out of IPL 2020 citing “personal reasons”. He has returned to India already. It was confirmed by the franchise’s official twitter account. It was also mentioned in the tweet that CSK offers complete support to Raina and his family during this time. Raina is the highest run getter for CSK and also the second highest run getter in IPL of all time, next to only Virat Kohli. He has amassed 5368 runs in IPL in twelve seasons of IPL so far. 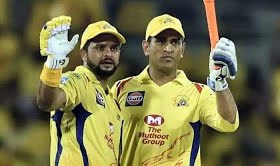 This comes as a body blow to CSK as only the day before, the news broke out that multiple members of CSK staff have reported positive for COVID-19, including two players. There is a lot of uncertainty in the CSK camp as they had held a training camp in India before departing for Dubai, and some high profile players like MS Dhoni, Suresh Raina, Ambati Rayudu, Deepak Chahar and Piyush Chawla had all attended the training camp. It is uncertain when the players and the support staff will be allowed to re-enter the bio bubble.
CSK are set to play the IPL opener versus Mumbai Indians on September 19, but it remains to be seen whether they will be able to play their full strength squad, with 2 players tested positive, and Raina already out of the whole IPL.