CSK vs MI IPL 8 Final: Considering the talent and x-factor that both Mumbai Indians and Chennai Super Kings possessed, the final of IPL 8 at Eden Gardens was expected to be a close, tightly fought contest.

Considering the talent and x-factor that both Mumbai Indians and Chennai Super Kings possessed, the final of IPL 8 at Eden Gardens was expected to be a close, tightly fought contest. But, the big game turned out to be one of the biggest damp squibs of the tournament as only one team performed to potential. Yes, Mumbai had beaten Chennai in the qualifier and thus held a slight edge, but fans did expect MS Dhoni's men to fight back hard in the tournament. Unfortunately, they just did not turn up and, in the end, produced a performance, which deserved to be second best. This was Chennai's fourth loss in six IPL finals, something they must ponder upon. 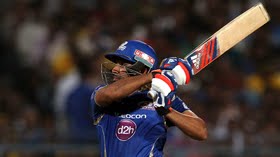 The defining factor of the final was definitely Mumbai's batting. They lost Parthiv Patel early having been inserted in to bat first. But, Lendl Simmons, as he has done throughout the series, continued to bat well. He found the boundaries with ease and, in the end, played a pivotal role in the team's success. Often a player who succeeds in the early part of the tournament fails when it comes to crunch time. This is what is often referred to as the law of averages. Even legends like Sachin Tendulkar have fallen prey to the same. But, Simmons ensured that nothing of that sort happened. Mumbai struggled early in the tournament with opening, but ever since Simmons was slotted in, he made the difference.

Mumbai skipper Rohit Sharma also came to the party when it mattered the most. Rohit had kicked off IPL on the confident note, but with his team losing, his batting also went off track. Shunting himself up and down the order did not help matters. On the big day though, he took the responsibility of getting the crucial knock. His decision to bat at number three was a clear sign of intent that he wanted to lead from the front. While Simmons was batting well at the other end, Rohit made sure that he gave him good company. At the same time, the batting exploits of Kieron Pollard and Ambati Rayudu were also crucial. While Simmons and Rohit set up things nicely for Mumbai, Pollard and Rayudu put the chase beyond Chennai.

The only way Chennai could have chased down a 200 plus total was if they fired right from the start. Yes, they too possess an explosive batting line-up, but a number of their batsmen haven't been in form during this season, and that came back to hurt them in the big final. Dwayne Smith has been a pale shadow of his aggressive self in the second half of the event, and although he got a half-century in the final, it was at a rate that was not desired under the situation. Mike Hussey could not repeat his previous match heroics. And, Suresh Raina's poor form hurt them most. The team would have been hoping for him to come to the party at least in the finals, but that wasn't to be the case. The match was pretty much gone with his early dismissal.

Chennai's bowling had been highly impressive throughout the tournament, but they clearly fumbled in the final. Ashish Nehra, who had been so good in the earlier games, could not deliver in the final, and was taken for too many. Mohit Sharma also struggled to keep the flow of runs down, as did Ravichandran Ashwin, Pawan Negi and Ravindra Jadeja. Dwayne Bravo did better than the rest, but he was introduced too late in the attack by Dhoni, and thus his impact was minimal. In the end, Chennai were just not good enough on the day, and Mumbai deservedly walked away with the trophy. 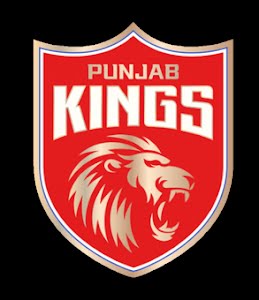