If ever you need a T20 specialist more than ever, it is during a super over. Cameron White proved the same during Sunrisers Hyderabad’s tied clash against Royal Challengers Bangalore.

If ever you need a T20 specialist more than ever, it is during a super over. Cameron White proved the same during Sunrisers Hyderabad’s tied clash against Royal Challengers Bangalore. White’s two massive sixes in the super over bowled by Vinay Kumar gave Sunrisers a great chance of winning the match. They did so in the end even though Chris Gayle tried his very best to repeat White’s heroics. The difference in quality between Kumar and Dale Steyn made the difference.

It is very rare that Chris Gayle has a poor game for Royal Challengers. The off day for the West Indian giant came on Sunday at Uppal against Sunrisers Hyderabad, and it only showed how overly dependent the franchise have become on the veteran left-hander over the last two seasons. Batting first, Bangalore struggled to find any momentum against Sunrisers once Gayle was dismissed. Things only got tougher for Bangalore after they also lost the other opener, Tillakaratne Dilshan, cheaply. Being two of the most experienced batsmen in the side, the loss of the duo hurt Bangalore very badly.

Only two men out of the Bangalore batsmen managed to get into double figures, but the good part for the visitors was that both of them were successful in making substantial contributions. Skipper Virat Kohli played a settled knock, his sensible innings of 46, which came off 44 balls, gave Bangalore a steadying hand. The other batsman, who helped Bangalore put up a fight with the bat, was Moises Henriques. Even as wickets kept falling around him, Henriques held one end up. While most of his runs came while rotating the strike over, he did manage to find the boundaries at crucial moments. 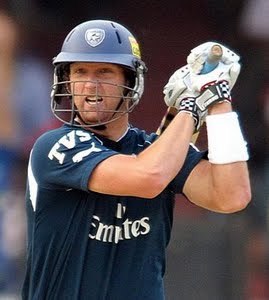 Almost all the Sunrisers’ bowlers did a good job. Ishant Sharma, in particular, was impressive. His three scalps proved that when he is not leading an attack, he becomes highly efficient. Sunrisers were also aided by the fact that most of the other bowlers also chipped in with wickets. Leggie Amit Mishra was especially impressive. Even though he picked up only one wicket, he conceded runs at less than four an over, which was nothing short of sensational in this format of the game. The combined effort by the Sunrisers bowlers ensured that Bangalore did not get a push on in the end overs.

After being reduced to a low score, Bangalore did very well with the ball themselves to restrict the Sunrisers and take the game into a super over. The Sunrisers’ innings was very similar to the way Bangalore’s panned out. It was only the little-known Hanuma Vihari, who managed to keep the Sunrisers innings afloat even as the others fell around him. His unbeaten innings was instrumental in helping his side tie the game. The disappointing aspect of their innings, just like it was with Bangalore, was that the set batsmen did not go on to make bigger scores. It would have helped if at least one of the Sunrisers had supported Vihari. As things turned out, it didn’t matter in the end.

Turning point of the game: Two sixes hit by White in the super over clearly gave Sunrisers the upper hand.