Team India wicketkeeper-batter Sanju Samson has been ruled out of the remaining two T20Is of the ongoing series against Sri Lanka. The 28-year-old cricketer hurt his knee while attempting to field a ball near the boundary ropes during the first T20I at the Wankhede Stadium in Mumbai on Tuesday, January 3.

An official BCCI statement over Samson’s injury read, "He was taken for scans and a specialist opinion this afternoon in Mumbai by the BCCI Medical Team and has been advised rest and rehabilitation. 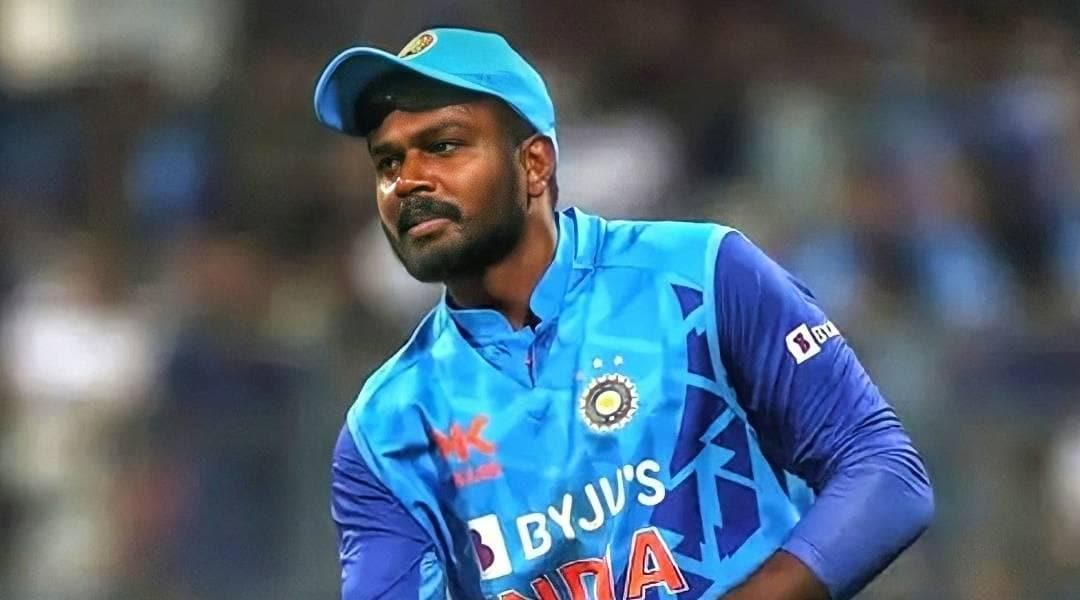 As per reports, Jitesh has been added as a cover for Ishan Kishan for the remaining two games. With Samson out, Rahul Tripathi could make his debut in the ongoing T20I series. India are 1-0 up in the three-match series, having won the first T20I by two runs.

Pacer Shivam Mavi made a memorable debut in the first game, registering figures of 4/22. Sent into bat after losing the toss, India lost their first five wickets before reaching the 100-run mark. However, Deepak Hooda (41*) and Axar Patel (31*) added an unbroken 68-run stand for the sixth wicket as India posted a competitive 162/5. Sri Lanka lost early wickets, but skipper Dasun Shanaka (45), Wanindu Hasaranga (21) and Chamika Karunaratne (23*) put on a fight to take the game into the last over.

Sri Lanka needed 13 runs to win off the last over. Indian skipper Hardik Pandya, surprisingly gave the last over to left-arm spinner Axar Patel. Karunaratne slammed him for a six, but Axar managed to bowl India to a close win in a tense finish.

Apart from Mavi, fast bowler Umran Malik also impressed with 2/27 in his four overs. He got the key wickets of Charith Asalanka (12) and Shanaka. Pandya was economical, bowling three overs for 12 runs. However, Harshal Patel (2/41) was expensive in his four overs, while Yuzvendra Chahal and Axar also proved costly in the five overs they bowled between them.