Even though the first unofficial Test between India A and New Zealand A at Visakhapatnam ended in a drab draw, there were gains for both sides from the match. For New Zealand A, Luke Ronchi made an impressive century to set up his side’s competitive first-innings score.

Even though the first unofficial Test between India A and New Zealand A at Visakhapatnam ended in a drab draw, there were gains for both sides from the match. For New Zealand A, Luke Ronchi made an impressive century to set up his side’s competitive first-innings score. Todd Astle also made a fighting half-century lower down the order, even as most of the other batsmen failed to live up to the challenge. A few of their got starts but failed to carry on, which would have disappointed the New Zealand A camp.

Similarly, there were mixed fortunes for India A in the bowling department as well. Jalal Saxena made a significant contribution with his six-for, but apart from Rakesh Dhurv and Dhawal Kulkarni no one else was among the wickets. India A’s batting effort was much better. Opener Jiwanjot Singh and Manprit Juneja should be admonishing themselves for not carrying on after getting starts. They should seek inspiration from their skipper Abhishek Nayar, who compiled a magnificent, unbeaten ton ensure India ended up with an impressive score in their first innings. Nayar brought all his domestic experience into play to thwart New Zealand’s bowlers.

The biggest gain of all though was the century compiled by Vijay Zol. The highly rated youngster, who is only 18, showed no nerves playing his debut first-class game. He must have been under pressure for sure, but handled the situation with a calm head. What Zol did well was to play his natural game not buckling under any sort of expectation. The fact that he hit 19 fours clearly demonstrates that he went for the boundaries every time there was an opportunity. His positive attitude should be encouraging for the selectors and well as India. 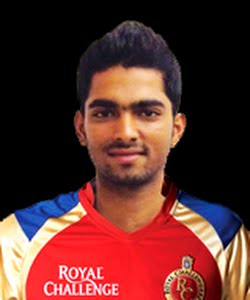 Without doubt, Zol is among the most promising youngsters on the domestic circuit, and the selectors must ensure that they follow his progress continuously. Zol showed what he is capability of back in December 2011 when he smashed an unbeaten 451 off 467 balls for Maharashtra in an Under 19 game. The record-breaking innings comprised 53 boundaries and two sixes, a fair indication of his inclination for hitting boundaries. Since, he has been looked up to as a highly promising prospect. Zol has played some encouraging knocks for India at the Under 19 level, but only time will tell what the future has in stroke for him.

There have been many players who have been exceptional at the domestic level during their younger days but haven’t made the transition to the bigger level. India cannot afford to lose a brilliant talent like Zol. The selectors must ensure that they give him everyopportunity to get a taste of different conditions around the world to find out how good he is. Some trips abroad with the A team will be particularly important. That will for sure augment his chances of success at the international level.