Brilliant achievement it will be to win against India in India: Mark Wood

England pacer Mark Wood has said the visitors winning the T20I series in India would be a massive achievement. According to Wood, it would also be big boost to the side considering that the T20 World Cup will be held in India later in the year.

England pacer Mark Wood has said the visitors winning the T20I series in India would be a massive achievement. According to Wood, it would also be big boost to the side considering that the T20 World Cup will be held in India later in the year.

Wood was the star performer for England with the ball in the third T20I. He dismissed KL Rahul, Rohit Sharma, and Shreyas Iyer as England defeated India by eight wickets to go 2-1 up in the five match series. After Wood’s three-for restricted India to 156 for 6, Jos Buttler’s unbeaten 83 took England home in the chase. 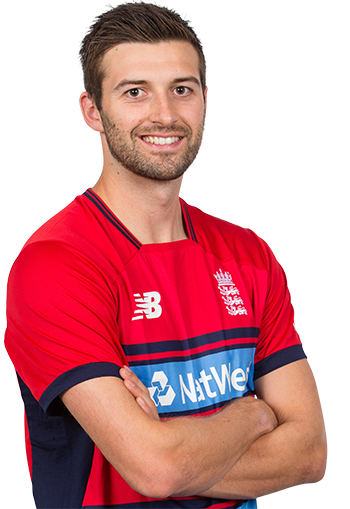 At the pre-match conference ahead of the fourth T20I, Wood said, “Brilliant achievement it will be to win against India in India. They are a top side, it will give us huge confidence going into the English summer and the World Cup being here, although we are trying a few different things and a few different rules for certain players, it is a good opportunity when you put wins on the board as we did before the 50-over World Cup, it gives you confidence.”

Wood missed the second T20I due to a niggle before returning to come with an excellent bowling effort in the third. He revealed, “A bit of a niggle before the second game and pulled up well, did a fitness test before the game and that went according to plan. I am glad I did play. All good for the coming T20I as well. Morgan is a great leader, when I do not play, he tells me straight on why I am not playing and he tells me what I need to improve on. Morgan and I get along well.

“Watching the Indian bowlers, I have played with Shardul Thakur in CSK, I have looked at his slower ball, that is something I can adapt in my game. Behind the scenes, I am trying to learn a few new things. It is always about picking up things, these are the conditions we will face in the World Cup,” he further said.

The 31-year-old also felt that too much is being made about the toss advantage. The teams calling correctly having successfully chased in all three matches so far. According to Wood, “I think it is a plus and minus actually, if you bowl second you have the chance to see what the opposition has done and what works for them. Both teams like to chase looking at how the batting lineups are. Often we know that, we will be bowling first if we win the toss because that’s how we play and how we back ourselves.

“If the wicket is something else then I am sure we will be happy to bat first. We have a lineup that can bat first well and post a good score. Both teams do like to chase, the dew factor, I am not sure it is really something that will make me nervous. If we can execute well then I am sure we will do well. For the T20Is, I think the toss is being made a bigger issue than it really is. If either team has to bat first, they will think they can win the game. I don’t think it is a huge disadvantage, both teams just like to chase. I think it is being made a bigger deal in the T20Is,” he added.

India will have to win the fourth T20I on Thursday to stay alive in the five-match series.