The Indian skipper is currently regarded as one of the best players in world cricket right now, and some believe he is the greatest ODI player to have ever played the game. He started his career way back in 2008 on the back of victory in the U19 World Cup as the skipper, also held in 2008. Since then, he has played some fine knocks which have seen his career grow higher and higher. Let’s have a look at his top five.

1. 133* vs Sri Lanka, Hobart (2012): Probably the innings which turned his career’s trajectory. India were chasing an improbable 320 inside 40 overs to stay alive in the tri-series and boy did he make the improbable possible. He struck a magnificent 133 not out of 86 deliveries with 24 runs of a single Malinga over that is still fresh in our memories. 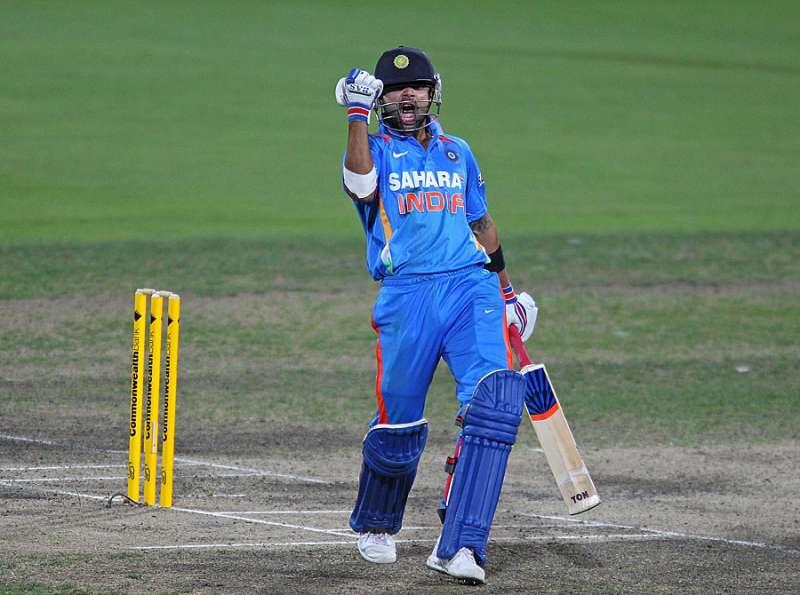 2. 115 and 141 vs Australia, Adelaide (2014): If the innings at Hobart turned his career around in ODIs, then his twin tons against the Aussies at Adelaide sealed him as a test great as well. After a breezy 115 helped India put up a competitive score of 444 in reply to the host’s 517 in the first innings, India were set an improbable target of 363 with the final day remaining only. Many captains would have tried to settle for a draw with such a high target in sight, but this simply wasn’t Kohli’s style. In his first test as captain, he went for the target on the final day alongside Murali Vijay’s 99. He swept his way against Lyon, who was turning the ball square, to a counterattacking 141, only to fall 48 runs short of what could have been a memorable victory.

3. 82 vs Australia, Mohali (2016): In a virtual quarterfinal against the Aussies in the World T20, Virat battled India out of tense position and smashed the likes of Faulkner and Coulter Nile to help India secure a place in semis. His best knock in T20s for India by far.

4.IPL 2016: Not many believed Kohli to be a great T20 player. All of that changed in 2016. Fresh from his exploits in the World T20, he went on to score a formidable 973 runs in the 2016 edition of IPL alongside four centuries. It must be noted that he hadn’t scored a single IPL ton in the previous eight seasons!

5. 149 and 51 vs England, Edgbaston (2018): In his previous tour to England in 2014, he had managed a total of 134 runs in five tests. He bettered that in the first innings itself of the 2018 tour. With everyone struggling to bat against the moving ball, Virat single handedly carried India to reach neck to neck with England’s first innings total of 287. With a target of 194 in sight, India were looking decent with Kohli at the crease. But with his departure at 51 early on the final day, India fell short of target by 31 runs.