Sri Lankan cricket officials will meet Board of Control for Cricket in India (BCCI) bosses in Mumbai Wednesday to convince them to allow Indian players to participate in the forthcoming Sri Lanka Premier League (SLPL).

Sri Lankan cricket officials will meet Board of Control for Cricket in India (BCCI) bosses in Mumbai Wednesday to convince them to allow Indian players to participate in the forthcoming Sri Lanka Premier League (SLPL). 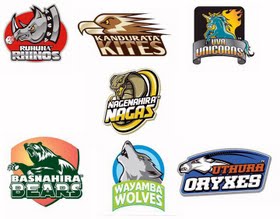 Sports minister Mahindananda Aluthgamage said he has asked Sri Lanka Cricket (SLC) chairman D.S. de Silva and secretary Nishantha Ranatunga to sort out with the BCCI the issue of participation of Indian players.

'I have instructed the chairman and the secretary to rush to India and convince the Indian board officials to allow their players to play in our tournament. The chairman will be directly arriving from London, where he has been with the Sri Lanka team and Ranatunga will join him from Sri Lanka. We have good rapport with the Indian board and I am sure the issue will be sorted out amicably,' Aluthgamage was quoted as saying by The Daily Mirror.

Last week, the BCCI declined to give No-Objection Certificates (NOC) to 12 Indian cricketers to participate in the SLPL, pointing out that the tournament is run by a private body. SLC, however, said that they own the tournament and the Singapore-based Somerset Entertainment Venture (SEV) only has the logistical and the marketing rights.

'I can say with 100 percent assertion there is no role of Lalit Modi in SLPL. I am unaware about his trip to this country, if he had made some two months ago,' he said.

'We are the marketing agents and the SLPL is being hosted by SLC,' he said