Green, Wade shine as Australia chase 209 in 1st T20I against India in Mohali

Cameron Green (61 off 30) and Matthew Wade (45* off 21) played terrific knocks as Australia chased down 209 in the first T20I against India in Mohali on Tuesday (September 20). Bowling first after winning the toss, Australia bowlers conceded 208 for 6 as Hardik Pandya smashed an unbeaten 71 off 30, while KL Rahul (55 off 35) and Suryakumar Yadav (46 off 25) also made important contributions.

Green, however, went berserk in the chase as Australia reached 109 for 1 at the halfway stage. Steven Smith contributed 35 off 24 to keep the Aussies in the hunt. However, Axar Patel (3/17) bowled a terrific spell to lift India. Just when the game seemed to be slipping out of Australia’s grasp, Wade took on Bhuvneshwar Kumar (0/52) and Harshal Patel (0/49) to turn the tide in the chasing side’s favor. Eventually, Australia won by four wickets and four balls in hand. 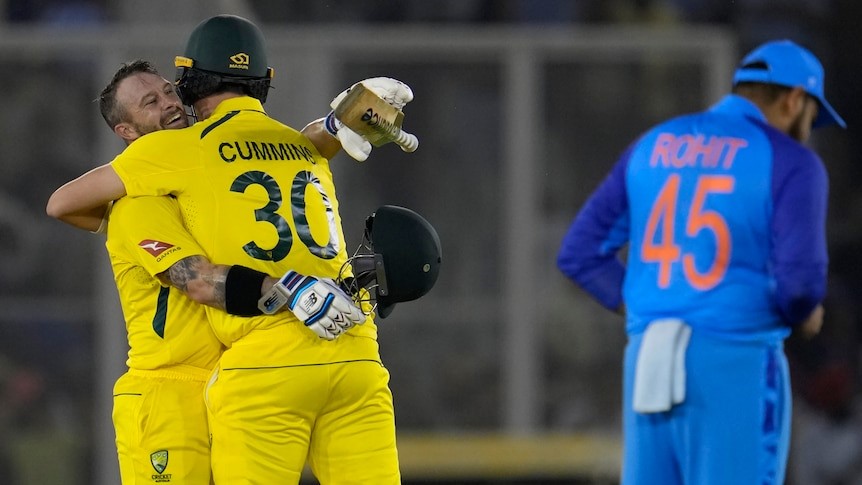 Speaking after the loss, Indian captain Rohit Sharma admitted, “I don't think we bowled well. 200 is a good score to defend, and we didn't take our chances in the field. It was a great effort from our batters, but bowlers were not quite there.”

Admitting that there are things India need to look at, Rohit asserted it was a great game for them to understand what went wrong. He added, “We know this is a high-scoring ground. You can't relax even if you get 200. We took wickets to an extent, but they played really well. They played some extra-ordinary shots. If I was in that changing room, I would expect to chase that total.”

The Indian captain concluded that they should have defended the total, and need to look at their bowling for the next game. He said, “You can back yourself to defend 60 runs in the final 4 overs. We were not able to take that extra wicket. That was the turning point, if we would have taken another wicket, things would have been different. You can't score 200 everyday, you need to bat well. Hardik batted really well to get us there. We need to look at our bowling before the next game.”

The second T20I will be played at the Vidarbha Cricket Association (VCA) Stadium in Nagpur on Friday, September 23.