Kasi Viswanathan, the CEO of Chennai Super Kings, has dismissed reports of in-form England batsman Dawid Malan replacing Suresh Raina in the CSK squad for IPL 2020. Viswanathan clarified that the foreign quota of eight players in CSK was already full. Hence, there is no question of Malan joining CSK.

“This is news to me as well because our quota of foreign players is already full. So I don’t know how we can have another foreigner in the squad,” Viswanathan was quoted as telling ANI. CSK are yet to name a replacement for Raina, who flew back to India citing personal reasons, and will miss this year’s edition of the IPL.

Viswanathan was also asked whether there was any injury concern with any other foreign player, to which he said no. There were rumours over West Indies all-rounder Dwayne Bravo’s participation in the IPL being in doubt after he did not bowl in the CPL final which Trinbago Knight Riders won, owing to injury.

After Raina veteran off-spinner Harbhajan Singh also pulled out of the tournament citing personal reasons. No replacement has been named for the latter as well by the CSK management. Meanwhile, medium-pacer Deepak Chahar who has completed his quarantine period, and has also cleared all the Covid tests has got the go ahead to start training.

“Deepak has all the necessary clearance from the CSK and BCCI side and will start training from today,” Viswanathan confirmed to ANI.

CSK are the second most successful franchise in the IPL, having won the tournament three times. Only Mumbai Indians, with four titles, are above them. This year’s event will kick off with a clash between these two sides on September 19.

IPL 2020 is being held in the UAE owing to the Covid pandemic in India. 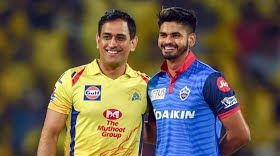 Sep 24, 2020: Have been battered rather convincingly by Rajasthan Royals, Chennai Super Kings will be keen to get things right when they take on a confident Delhi Capitals in match number seven of IPL 2020 at the Dubai International cricket stadium on Friday. In a sense, it can be said that Delhi got out on jail against Kings XI Punjab, after the latter needed just one from three balls in their chase. Then again, Delhi deserve credit for holding their nerve under pressure.