Former champions West Indies will take on Sri Lanka, the team that took over the World T20 champions status from them, Sri Lanka, in a crucial Group 1 clash on Sunday at the Chinnaswamy Stadium in Bangalore.

Former champions West Indies will take on Sri Lanka, the team that took over the World T20 champions status from them, Sri Lanka, in a crucial Group 1 clash on Sunday at the Chinnaswamy Stadium in Bangalore. Both teams go into the match having tasted victories in their respective opening games. West Indies had the tougher match among the two, but ended up throttling England thanks to another superlative Chris Gayle ton. Sri Lanka, on the other hand, avoided any embarrassment, by easing to victory over Afghanistan in their first match of the tournament, thanks to a return-to-form half-century from Tillakaratne Dilshan.

West Indies would be elated with the kind of performance they put up against England chasing a tough score. There would have been apprehensions about Gayle since he hadn't been part of the national in recent times. But, he put all doubters to rest with an innings that can be termed as 'Gayle' special. West Indies would want him to continue in the same vein on Sunday. Also crucial against England was the contribution of Marlon Samuels, who had been struggling for runs in the build up to the event. The others batsmen in the team also need to put up their hands though -- Johnson Charles, Dwayne Bravo and Denesh Ramdin.

West Indies may have beaten England, but their bowlers will need to pull up their socks and put up a better effort. Almost all the bowlers went for runs in the previous game. Of course, the pitches in the matches, except when India are playing, seem to be completely batsmen friendly, as observed from some high targets chased down. There should be runs at Chinnaswamy as well. Being so, expecting too much of the bowlers would be wrong. But, Jerome Taylor has been someone who has been around for many years now. The West Indies would be looking up to him to provide some solidity to the bowling. Samuel Badree is also a T20 specialist who can be handy on the subcontinent.

Sri Lanka, like West Indies, would again be dependent on their old warhorse. Dilshan went into the tournament with plenty of low scores, and a lack of confidence, as a result. But, he got some much-needed respite in the match against Afghanistan in a low key game. Dilshan must now try and take the form into the bigger games. His opening partner Dinesh Chandimal also looked good in that game, but he needs to learn to avoid playing the rash stroke against the run of play. Angelo Mathews also played a nice cameo towards the end. But, the likes of Lahiru Thirimanne and Thisara Perera will be expected to do better.

Sri Lanka have been dealt with a major setback in the bowling department, with Lasith Malinga being ruled out. He was the one bowler who could have challenged Gayle at the top. Sri Lanka will now look up to the other veteran Nuwan Kulasekara to deliver. He was taken apart by Afghanistan in the end overs, so Kulasekara will be looking to restore some pride. Dushmantha Chameera is one bowler who could step into Malinga's shoes with experience. He has already demonstrated he has the x-factor. Rangana Herath and Mathews will be expected to keep things tight. On paper, Windies look slightly strong, but there is no reason to write off Lanka either. 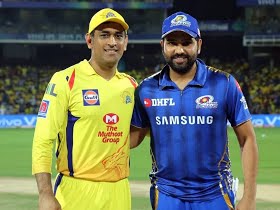 Sep 18, 2020: After what has seemed like an unending wait, the 2020 edition of the Indian Premier League will finally kick-off with the high-octane clash between defending champions Mumbai Indians and last year’s runners-up Chennai Super Kings. A lot has changed since the two teams met in the 2019 summit clash. Coronavirus first forced the event to be suspended before it was eventually moved out of India, to the UAE, due to safety concerns over COVID-19. The tournament will be devoid of the usual hustle-bustle of crowds. But, fans would be pleased that at least there would be witnessing their cricketing stars back in action.

IPL 2020: de Villiers finds a lot of similarities between him and this young Aussie